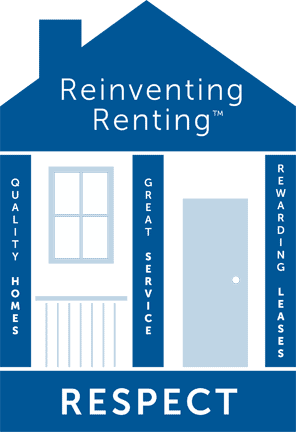 Back in February, the Federal Housing Finance Agency (FHFA) invited investors to bid on Fannie Mae’s portfolios of foreclosed homes to buy, fix up, and rent out. It was initially met with skepticism but then certain real estate investment companies started getting the model right.

In March, I said Waypoint Homes was one firm getting rent-to-own right because they were incredibly consumer focused.

Then last week, I saw this clip by CNBC’s Diana Olick on another company called Mack Companies that was doing a model similar to Waypoint—in that they’re helping people eventually buy a home by renting it first and having a portion of their rent accrue toward a down payment to buy the home.

The CNBC clip led me to the Mack Companies website to check out their rent-to-own program. After a full surf of the site, I didn’t find anything explaining the program to consumers other than this story about the clients featured in the CNBC piece.

Touching story, but no real details on how Mack’s rent-to-own program actually works and no link to the CNBC piece. Which is shocking considering that CNBC’s Olick nailed Mack’s rent-to-own message cold in 41 seconds with full stats and made it sound amazing.

So from one consumer-facing housing pro to another, I humbly suggest to Mack that you get the CNBC clip on your site today, and blog out Olick’s script as a pull quote in the post. Seriously: write down what Diana Olick says from 0:53 to 1:34 and get it on your website immediately. It’s exactly what consumers need to know. And can’t hurt to create a site section called Rent To Own while you’re at it so consumers know you’re not just catering to investors.

And every firm in this space should also take a look at Waypoint’s website. This is how it’s done if you’re trying to lease your portfolio properties to consumers. The entire brand and everything they do is focused on the consumer, right down to their trademarked “Reinventing Renting” tagline and graphics like this one I plucked from their site.

They’re catering to investors just like all companies acquiring foreclosures to rent. But their brand is crystal clear in its consumer-commitment message.

Since I’m no expert in this new housing recovery play, I called Waypoint to find out more.

Turns out that Waypoint has been buying foreclosures to rent to consumers since late 2008, long before the FHFA bulk buy program was announced in February.

Waypoint buys one home at a time and evaluates 300 single family homes for every one that they buy. The firm said that foreclosures offered through the FHFA program are only offered in whole portfolios so investors can’t buy one home at a time. According to Waypoint, they haven’t bid on any FHFA portfolios since that program was announced in February. They evaluated some portfolios but didn’t bid because their formula of handpicking has worked better for them.

They have three core parameters for evaluating their individual house buys:

(2) how much they need to spend to make improvements to the home,

(3) how much can they rent the home for.

The firm says their strategy right now is buy, hold, lease. (Clearly that will change as renters who qualify to buy come off their leases, but that’s a post for another day)

From their start in late-2008, Waypoint said they had bought about 1,000 homes. Then they got an equity investment from GI partners in January 2012, plus they got two rounds of financing from Citi since September for $245m and $65m.

A lot of the staff is devoted to helping the consumers through rough patches they’ve experienced (much like the couple in the Mack Companies case study linked above). Because Waypoint’s rental candidates are often recovering from hardship, they qualify renters more based on income than credit score.

Waypoint’s rent-to-own program starts with a two year lease that requires rental candidates to go through credit counseling so they can lay out a plan to get their credit repaired over that initial lease period.

The two year lease can be extended as many times as renter wants, and if they want to buy that home (or another home) later, up to $5000 of their rent accrues toward that goal. If not, then a quarter of their accrued credits (called ‘Waypoints’) are given back to the tenant in cash at the end of the lease.

In this regard, Waypoint’s rent-to-own structure is similar to competitors like Mack Companies and others including Colony Capital, and American Homes 4 Rent.

But Waypoint is just way ahead of the game in terms of catering to consumer on the rent-to-own segment of their business.

If you click the links, you can see these other companies’ websites seem to be slowly shifting to a more consumer focused approach (rather than just talking to investors), but it’s not quite polished in the same way Waypoint is yet.

And to be fair, I haven’t talked to the other companies. I’m just reporting from the perspective of what the consumer sees when they’re in the market for a rent-to-own option.

This institutional rent-to-own business is a key part of housing recovery, and firms like these are working wonders for renters who still want to own a home and need a path back from the depths of the great recession. I look forward to watching their progress and more consumer success stories.

Stay tuned for my next piece on this “under radar housing recovery” topic—It’ll be on firms that are buying severely delinquent loans on underwater properties (as opposed to buying foreclosed properties). Another positive development for distressed consumers.

– Future of Homeownership: Landlord Helps You Save Up (TheBasisPoint)