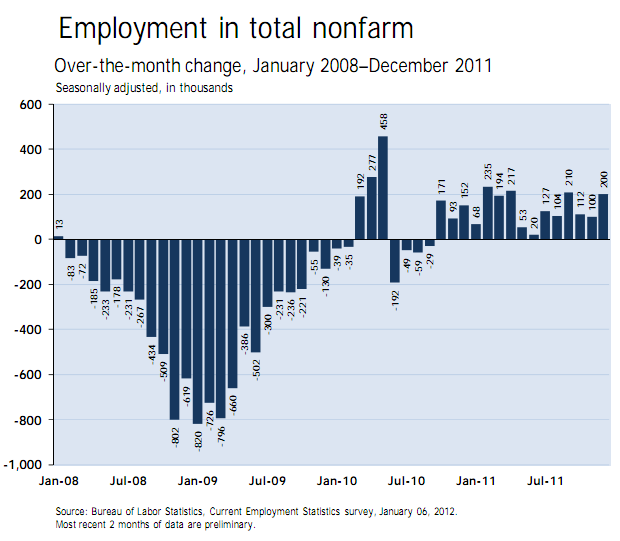 Rates rose then recovered after this morning’s BLS report showed the economy added 200k non-farm payrolls in December versus expectations of 150k. November was revised from 120,000 to 100,000 new jobs created and October was revised from 100,000 to 112,000. This figure doesn’t count actual people, it counts how many companies opened or closed, then uses that data to estimate the number of jobs gained or lost. Unemployment dropped to 8.5% from 8.6% according to a different part of the jobs report called the ‘Household Survey’ which counts people. CHARTS BELOW.

More in WeeklyBasis recap/outlook tomorrow, and here’s a deeper dive on today’s numbers. 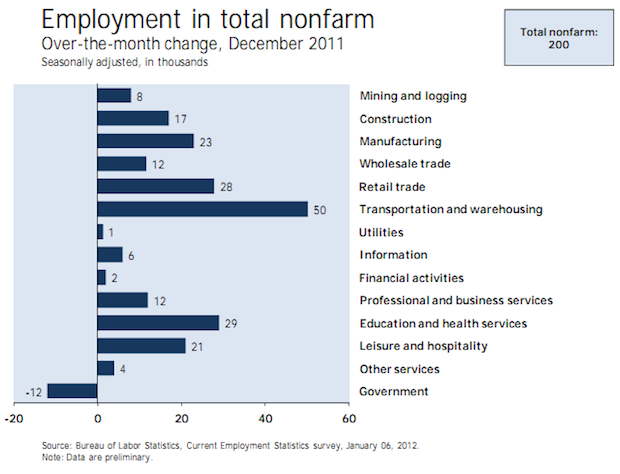