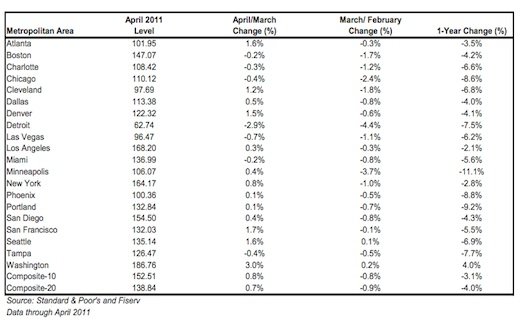 U.S. stocks rallied today (Dow +145.13, S&P +16.57) and bonds lost big (10yr note -91 bps, FNMA 4% -53 bps) as monthly U.S. home prices gained, and markets perceived progress on Greece’s vote to hike taxes and cut public pay as a condition of their next bailout payment. The budget vote is tomorrow and citizens will again clash with police. Stocks lost during the past two Greek uprisings May 2010 and May 2011, so this will still play tomorrow—it’ll be the top market driver since U.S. May pending home sales is only release.

Also curious that stocks rallied on home price news. Yes April was up 0.7, the first gain in eight months, but prices are down 4% since April 2010 and still at 2003 levels. We’ve got a long way to go. Rates have risen since Monday as mortgage bonds lost ground on today’s factors and weak 2yr and 10yr Treasury auction results. Home price charts below and here’s full report. 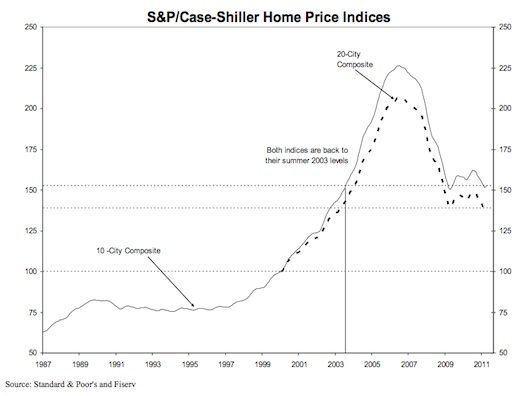