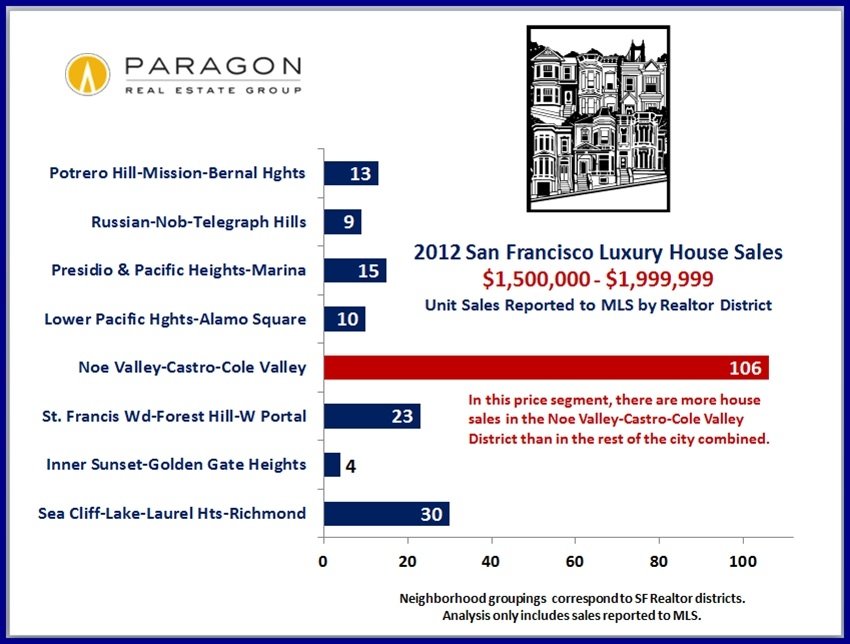 Rates typically rise when inflation is a threat. This happens because rates are tied to bonds. Investors pay a certain price for a bond, and based on that price, they get a certain percentage of that bond’s value paid to them each year. That percentage is called a yield (or a rate) and it has inverse relationship to a bond’s price—meaning that if a bond price drops, a yield (or rate) rises commensurately.

When bondholders see inflationary threats in economic data, they typically sell, causing the price of that bond to drop and the yield (or rate) to rise. Bonds have this negative reaction to inflation because it reduces buying power of the future payments a bondholder will get from their bonds. This is the basic premise of rate markets, and when it comes to mortgage rates, this is what mortgage bond investors are thinking about each day as they trade. So now that we know this, let’s look at the inflation data they’re trading on right now. 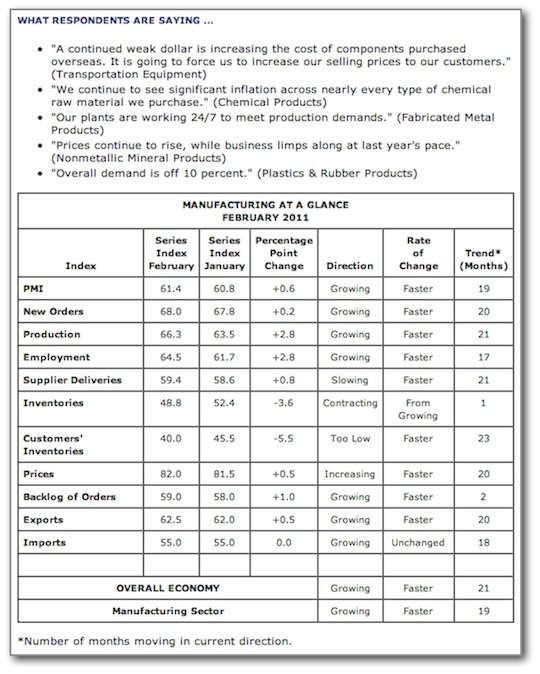 Or particular note is the ‘Prices’ section of the table which shows prices increasing for the past 20 months. Also the comments from survey respondents at the top of the table show that prices may soon be passed to consumers.

So why wouldn’t bonds be selling more on this news. It has to do with something Bernanke said on Capitol Hill this morning: the jobs situation is still rather dire, and until we see sustained movement on that front, economic stability is still at risk.

This morning private payroll provider ADP reported that private sector employment increased by 217k, a big spike. But this report has typically been poor in predicting accurate results for the official BLS jobs report—next one due Friday.

So for now, bond traders are sticking to the Bernanke theory that weak jobs mean a wobbly consumer, which both mean business inflation won’t creep to consumers because the consumer wouldn’t be able to sustain it. That’s not the strongest case considering that businesses have little control over the rising commodity prices that are driving inflation they see, but it’s the case—and the trade—for now.