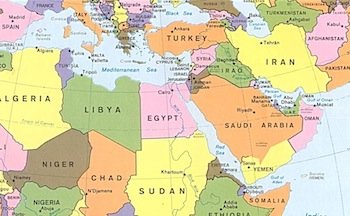 Rates were down .25% last week, regaining much of the .375% rise of early-February. The North-African/Middle-Eastern uprising against dictators spread from Egypt to oil-producing Libya. Tensions grew last week as their leader Muammar Gaddafi fired repeatedly on his own citizens and made even crazier public statements than Charlie Sheen, the self-proclaimed man with fire-breathing fists. The result was higher oil and bond prices. Rates drop when bond prices rise in a rally, and this is what happened to mortgage bonds/rates.

It wasn’t just Libya driving investors into bonds. Last week’s second of three 4Q2010 GDP readings showed the economy grew 2.8%, down from the first reading of 3.2% (final reading March 25). Also Case Shiller and NAR existing home data showed that home prices are at the same level as they were 8 and 9 years ago, respectively. Will market jitters continue next week?

We’re back on inflation watch beginning Monday with January’s Personal Consumption Expenditures (PCE) Index, the Fed’s favorite consumer inflation measure. At 1.2%, December’s annual PCE reading was within the Fed’s inflation comfort zone of 1-2%, and there’s still no real signs of consumer inflation. Except for the fact that business inflation is rising in several manufacturing surveys of recent months, and this may eventually pass to consumers. Monday, Tuesday and Thursday we’ll get reads on manufacturing activity and inflation from three Institute for Supply Management surveys.

It’s also a big week to get a read on the consumer beginning with Monday’s Personal Income & Spending data (released along with PCE), Wednesday’s jobs report from payroll provider ADP, which is the precursor to Friday’s Bureau of Labor Statistics February jobs report. January’s report showed that only 36k non-farm payrolls were added, yet unemployment dropped from 9.4% to 9%. Even the smartest market participants were stumped, so this report will cause a stir.

Besides wild daily volatility that’s become the norm, rates should be even to slightly higher next week—an uptick would most likely come from bonds selling a bit on manufacturing inflation embedded in the ISM survey reports.