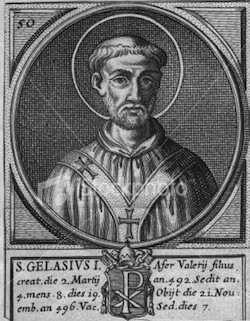 Origin of Valentine’s Day?
Valentine’s Day…Opinions differ as to who was the original Valentine but the most popular theory is that he was a clergyman who was executed for secretly marrying couples in ancient Rome. In A.D. 496, Pope Gelasius I declared Feb. 14 as Valentine Day. Through the centuries, the Christian holiday became a time to exchange love messages, and St. Valentine became the patron saint of lovers. Esther Howland, a native of Massachusetts, is given credit for selling the first mass-produced valentine cards in the 1840s, and often candy and flowers are given. According to the census bureau, 24 pounds was the per capita consumption of candy by Americans in 2009. And for flowers, USDA stats show that $359 million was the combined wholesale value of domestically produced cut flowers in 2009 for all flower-producing operations with $100,000 or more in sales. Among states, California was the leading producer, alone accounting for about three-quarters of this amount ($269 million).

Origin of Private Mortgage Market?
The much anticipated 31-page White Paper on the GSEs was released and held few surprises after being leaked earlier in the week. The three basic options are 1) A privatized system with very limited government backing and a focus on low to moderate income households; 2) A privatized system with a “springing guarantee” that increases government support in times of crisis; and 3) A reduced structure whereby the government only participates in catastrophic reinsurance. The FHA may return to its role as a lender for affordable mortgages, rather than a subprime alternative as many believe has happened.

There is plenty of fodder filling the internet with analysis, opinions, predictions, forecasts, etc. The goals of the government’s plan are to ensure minimal housing & mortgage market disruption, have Congress actually determine the plan, and minimize the impact to the taxpayer while minimizing government subsidization. One of the main concepts will be to replace much of the money from government programs with money from private investors. At this point it is unclear whether or not this will increase rates, relative to where they are now, but most analysts believe that rates will probably be slightly higher, but that down payments may also go up. The effect of increasing the down payment would actually make pools of mortgages safer for investors, and therefore actually serve to push rates down. The proposal also recommends increasing guarantee/guarantor fees, and lowering the maximum loan amount. Decreasing the maximum convention loan from $729k to $625k in high cost areas will impact a certain portion of borrowers. Overall, from an investor’s point of view, the prospects of a decreasing loan size, increasing some fees, and possibly reducing the supply somewhat may actually help rates.

For example, the Community Mortgage Bankers Project believes that the proposal fails to address the current, and growing, market share concentration among a handful of too-big-to-fail, FDIC-insured banks. But the report was useful in providing a road map for how the GSEs will be steered over the next few years – and it will indeed take years although many of the provisions will not require Congressional approval, and so are highly likely to be implemented in the near future. Importantly for investors, the Treasury reiterates several times that it is committed to keeping GSE debt and MBS obligations performing. One report said, “The prospects of a decreasing loan size, increasing guarantee fees, and reduced net supply should all be positive developments for (MBS pricing).”