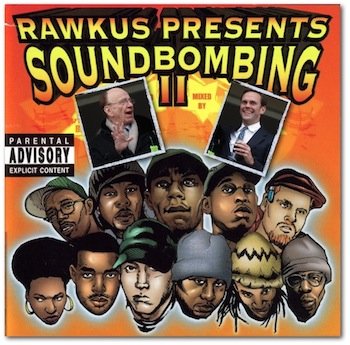 Yesterday’s New York Times had a feature on Fox heir apparent James Murdoch which is worth reading for a glimpse of media’s future. Murdoch, 38, is the most likely of six children to succeed 80 year old Rupert as king of the Fox empire. It provides some hints into James’ political preferences and what that means for the FoxNews money machine. And most interesting to music fans, the piece talks about how James dropped out of Harvard in 1996 to run Rawkus Records with two friends (Brian Brater and Jarret Myer).

Rawkus was probably the best underground hip hop label of that era, and helped launch the careers of Eminem, Mos Def, Common, and Talib Kweli. So, as inclined as people are to cast off the Murdochs as evil, this fun fact about James is worth consideration. Rawkus was a revered institution for creative leadership and artistic freedom … and he was at the center of it. As the NYT piece discusses, he takes heat in big-time media circles even today for being part of “that world.” But those roots perhaps bode less evil for a Fox empire of the future. And so you can impress friends with before-they-were-famous trivia, here are epic underground Rawkus 1999 releases from Mos Def and Emimen.