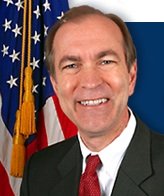 Scott Garrett, the chairman of the House Financial Services subcommittee on capital markets and government-sponsored enterprises said that the U.S. government needs to end its role in the mortgage market as it decides the future of Fannie Mae and Freddie Mac. “Let me stress and be very clear where I stand: I am firmly committed to a purely private U.S. mortgage market over time, free of any government subsidies or guarantees,” Garrett said today in Orlando at the American Securitization Forum trade group’s annual conference. He added that lawmakers should scale back the government’s role in the market before implementing any broad reforms, and that F&F should be forced to shrink their mortgage portfolios more quickly and lower the size of loans they buy from the current limit of as much as $729,750, and the agencies should be brought onto the federal budget, which would create political pressure on lawmakers to act more quickly.

In addition, Martin Hughes, CEO of Redwood Trust, said that the U.S. government will have to reduce its competitive role in the mortgage market to entice private investors to return, even if it means higher borrowing costs in the transition. Folks who follow such matters know that Redwood has pretty much been the sole issuer of private mortgage-backed bonds in recent years. He stated that private lending would increase if the government reduced the size of loans it guarantees. No matter what, it will be interesting: Fannie Mae purchased $87.6 billion of mortgages in December and $855 billion in 2010. Fannie Mae accounts for 54% of the market share and Freddie Mac accounts for 26%.