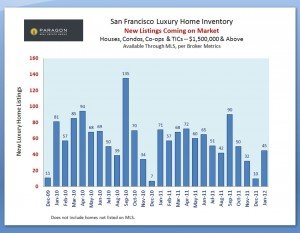 After a big bond rally yesterday that helped rates by about .125%, mortgage bond markets are flat today as decent March retail sales and a not-so-good $21b 10yr Treasury note auction are canceling each other out. Stocks are down slightly with S&P -2.5 and Dow -16.7. [UPDATE: Good rate news: FNMA 30yr 4% coupon rallies to end +16bps. Tomorrow’s business inflation and 30yr Treasury auction may cause temper this 2-day rally]

March retail sales rose .4% since last month and 7.1% since March 2010. Even though the monthly figure was below expectations of .5%, it was the ninth straight monthly gain, suggesting consumers are doing ok despite higher food and gas prices—which we’ll get more on tomorrow and Friday with producer and consumer price releases. Below are two retail sales charts, and here’s a great interactive retail sales chart from WSJ.

As for the 10yr auction results, demand (measured by bid-to-cover ratio) was the lowest since December, and while in line with the one-year average, it was interpreted as rather weak. Tomorrow’s $31b 30yr bond auction will bring more supply that affects trading in mortgages of equal duration. Oversupply can rattle mortgage traders, causing bonds to sell and rates to rise.