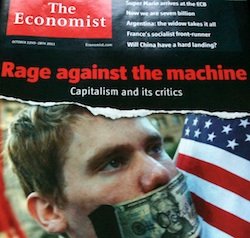 The S&P Case Shiller February 2011 report of existing home prices showed average U.S. home prices declined 3.3% from February 2010. This puts the 20-U.S.-metro-area home price average just above its April 2009 bottom, and nationwide home prices are now at similar levels to what they were in Summer 2003. Here’s some perspective from Case Shiller Index head David Blitzer:

Recent data on existing-home sales, housing starts, foreclosure activity and employment confirm that we are still in a slow recovery. Existing home sales and housing starts rose in March, but remain close to recent lows. Foreclosure activity showed decreases in mortgage delinquencies in the fourth quarter of 2010, but are still close to historic highs. The nation and 34 states registered a decline in their unemployment rates for March.

Stocks and bonds are both rallying today. The S&P broke above a key technical barrier and is currently at 1349. Mortgage bonds are up 16 basis points and the 10yr Note is up 19 basis points to yield 3.34%.

Unless you have the stomach to hold out for the Fed’s verdict. If they say they’ll retain their accommodative rate stimulus stance, your bet would be right and rates would be the same or slightly lower. Our bet is that bonds sell and rates move up slightly because the Fed will signal, albeit subtly, that their extreme rate stimulus will soon be over.

Footnote on Case Shiller Home Price Data:
The index tracks existing single family homes, and is a credible pricing barometer for broad market analysis because it excludes condos and new construction. Condos can have more volatile pricing, and new construction pricing can be artificially set by builders, especially in times of distress when discounts an incentives can skew pricing. S&P refers to 10 and 20 “City” Composites, but these are actually metropolitan regional areas, not just cities. For example, where the city says San Francisco, this isn’t just San Francisco, but rather 5 counties in the Bay Area region (see page 9 of this PDF): Alameda, Contra Costa, Marin, San Francisco, San Mateo.