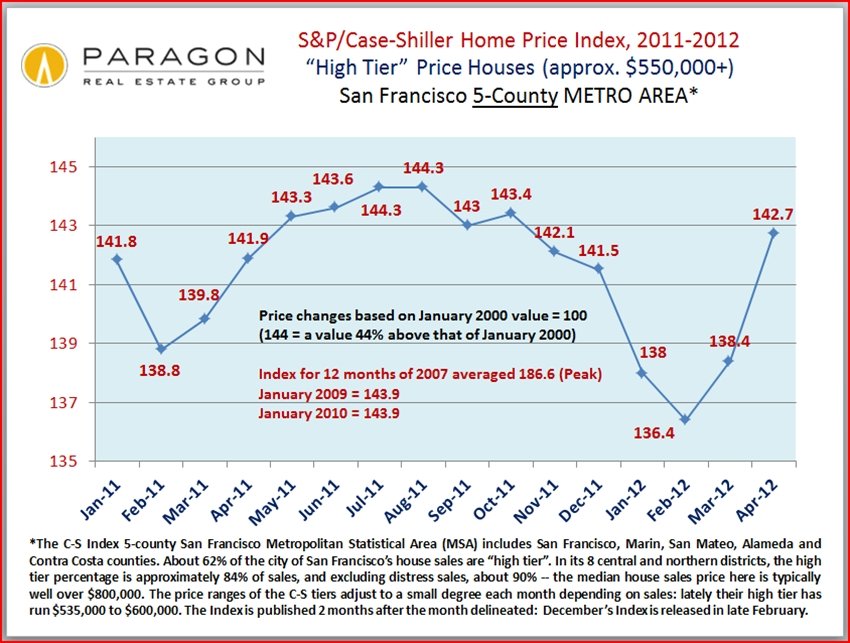 Typically, after a multi-years’ downturn such as occurred in the early eighties and the early nineties and such as we’re just coming out of now, when the market turns, appreciation goes into its own multi-year climb. Even though the market went absolutely crazy in 1996, and despite the bubble popping in 2008, people who bought then have seen 120% appreciation in home value (much less the vastly larger return on their initial down-payment investment, not to mention the huge tax benefits — and that it was an investment that also was a home).

Though the absolutely best time recently to buy in San Francisco, in retrospect, was in 2010-2011, we are still just past the cusp of the bottom of the market. Historically, that is a very good time to buy. 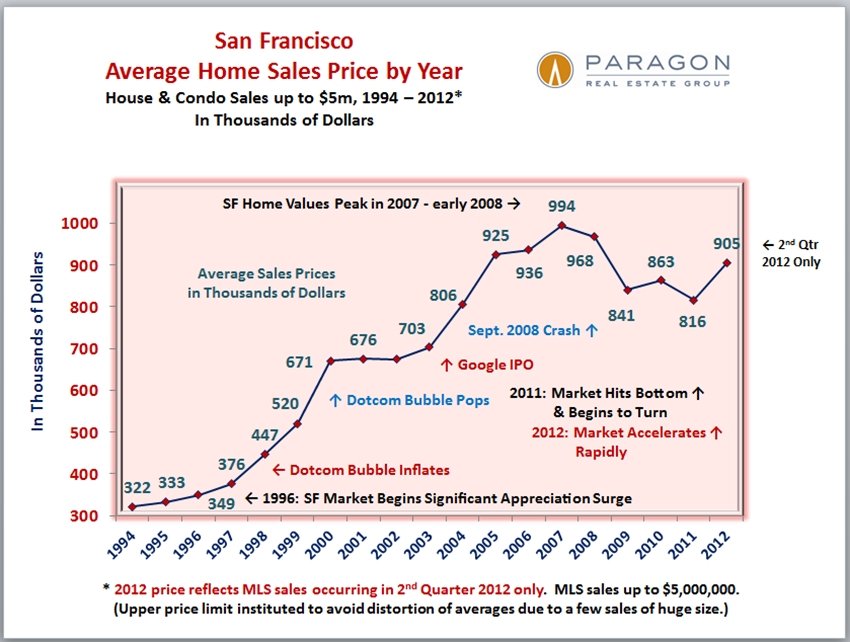 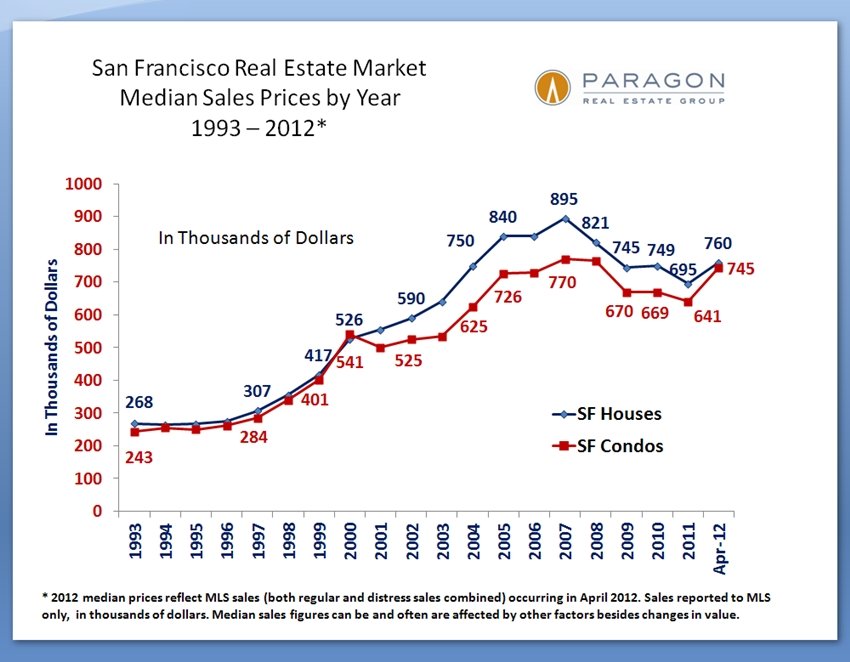