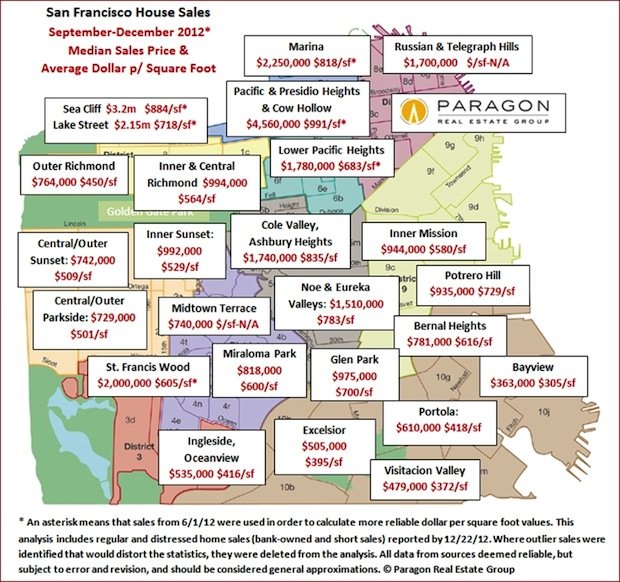 All home price reports out there show us what the market looked like 5 to 7 months ago. As 2013 gets underway, here’s a more recent price snapshot of San Francisco and the Bay Area. 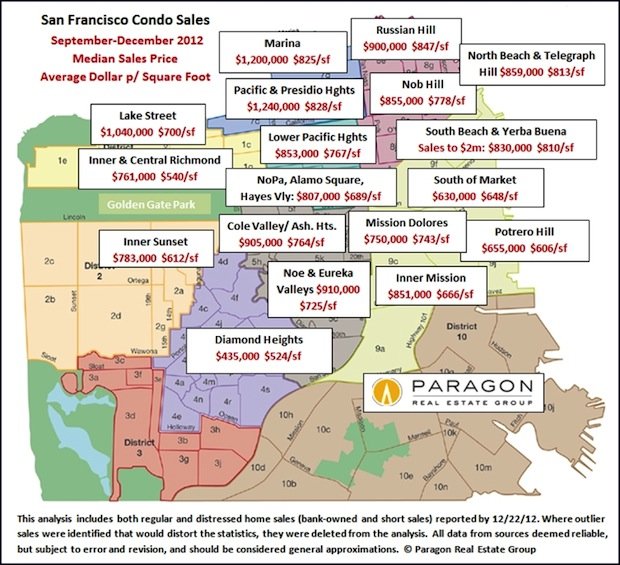 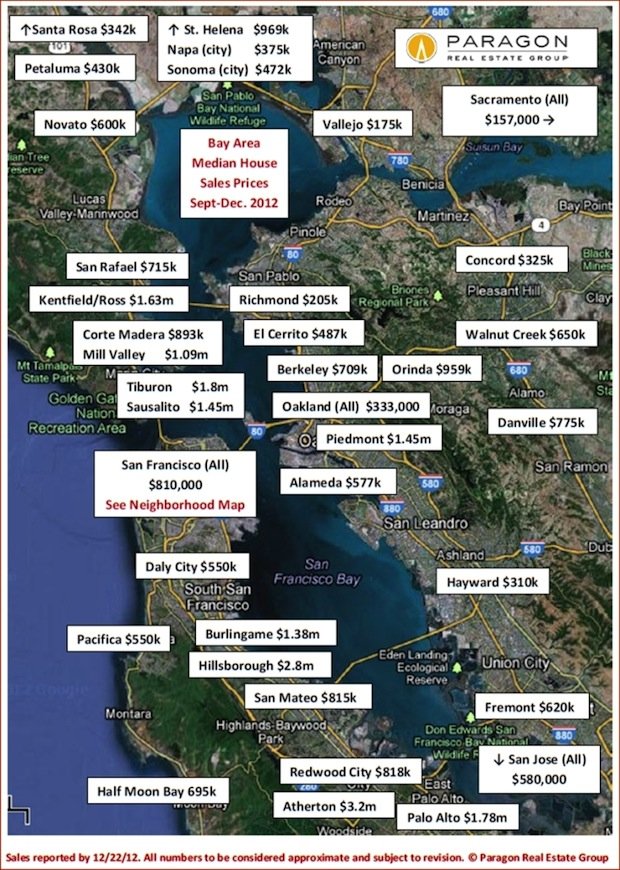 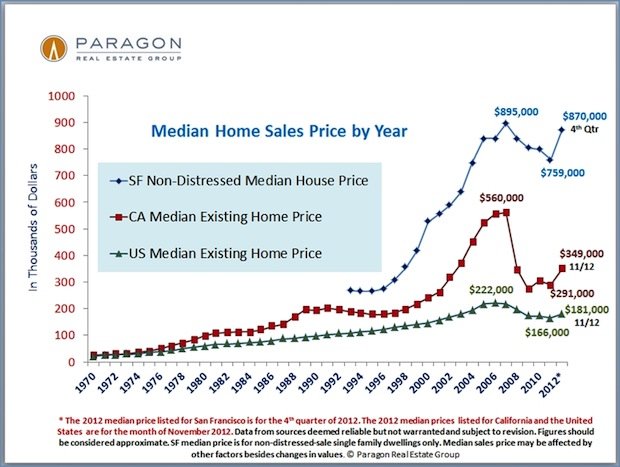 And also here are stats on San Francisco construction from the SF Planning & Urban Research Association.

– 22 tower cranes dot the city. By year’s end, there will be 26. Many of these cranes are for public projects rather than private development, yet these numbers are staggering by any historic standards. Local union halls’ out-of-work lists are empty, and some unions are even calling in workers from other parts of the country.

– In 2011, $3.4 billion was spent on new construction, both public and private, exceeding the average of the previous 10 years by a billion dollars and outstripping the previous peak in 2005. All anecdotal evidence points to 2012 being bigger still for new construction expenditures.

– Halfway into 2012, more than 4,200 residential units were under construction in San Francisco. For context, this is 20 times the number of units that were added in all of 2011. All 4,200 won’t be completed this year, but many will, marking the beginning of a remarkable upswing in new housing construction.

– An additional 32,120 new residential units have been approved by the Planning Department, and applications for another 6,940 units have been filed for review. Nearly half of these represent the fully entitled projects at Park Merced, Treasure Island and Bayview/Hunters Point/Candlestick, whose construction will span several development cycles, and many of the approved units will never be built. But if the underlying conditions for this building cycle continue, some of the backlog of approved projects will be able to move forward into construction.

– This graph demonstrates how spikes in permitting activity are echoed by spikes in new construction three to five years later. The last major jump in permitting was in 2007, and we are just now seeing the construction of many projects that were issued building permits then. The past two years also saw an increase in permitting activity (1,203 in 2010 and 1,998 in 2011, up from a low of 742 in 2009). The year 2012 is on track to sustain the upward trajectory. If the current construction uptick echoes preceding increases in permitted units, we may be looking at an unprecedented number of new units being completed over the next few years. 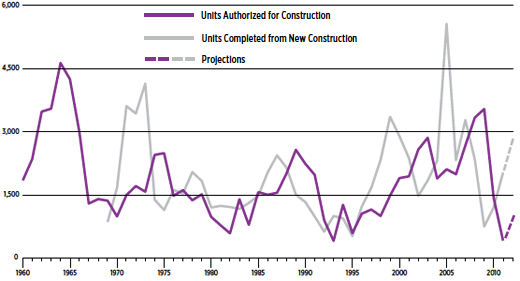 – San Francisco rents have shot up drastically over the past year. Average rent for apartments of any size across the city has increased 7.6 percent in 12 months. In some neighborhoods, rents have doubled over that same period. On the supply side, over the past 20 years San Francisco has built about 1,500 units per year on average. But the city would have needed 3,000 to 5,000 units a year to allow supply to keep up with demand — a number that similarsized cities manage to provide. In 2011 housing production reached a historic low — with only 269 new units.