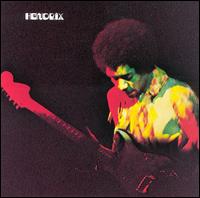 As promised yesterday, Rocktober will now get back to pure-breed rock and it doesn’t get more pure than Band of Gypsys, Jimi Hendrix’s band after The Experience.

Here’s Machine Gun recorded live New Years Eve 1969 at Fillmore East in NY for Band of Gypsys’ one and only album. It was six months before Jimi’s death. One of the truly great rock songs ever recorded, and a must-have album for any serious rocker.