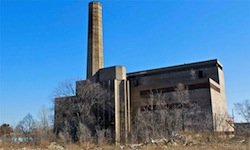 Politicians love to talk about “job creators” when pitching their policies. It’s a ridiculous phrase, which is why I was so glad to see The Onion give it a proper beat-down this week. As usual, the headline says it all—Remains Of Ancient Race Of Job Creators Found In Rust Belt—but this is one of those Onion pieces you need to read. Very funny.

As for today’s jobs report, 80k non-farm jobs were created in October, so over the past 12 months, payroll employment has increased by an average of 125,000 per month. Since an employment trough in February 2010, nonfarm employment has expanded by 2.3m, but there are still about 6.6m fewer jobs than the beginning of the recession in December 2007.