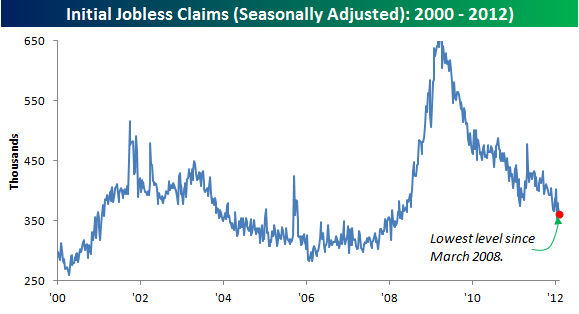 Thanks a lot Freddie Mac for reporting expired ‘record rate’ data on the one day this week rates are rising.

There are a lot of great housing journalists out there, but this is a point most miss: Freddie Mac’s every-Thursday rate report uses data collected from lenders Mondays through Wednesdays. The rates posted include points that the overwhelming majority of journalists never mention. And the rates are for owner-occupied single family home loans to $417k. So zero-points rates are higher, condos are usually higher and loan above $417k are higher.

That said, news that the Greece bailout is on track, the lowest U.S. jobless claims since March 2008, highest level of U.S. home construction since November 2008, a fifth month of higher manufacturing activity, and flat producer inflation have caused rates to rise about .125% today.

Here’s a rundown of today’s U.S. data with charts.

The adjusted data may be lower because the adjusted data allows for adding in an allowance for people laid off by bad weather. Since the weather had been mild over most of the country there likely have been fewer weather related layoffs.

These charts from Bespoke tell a positive story. 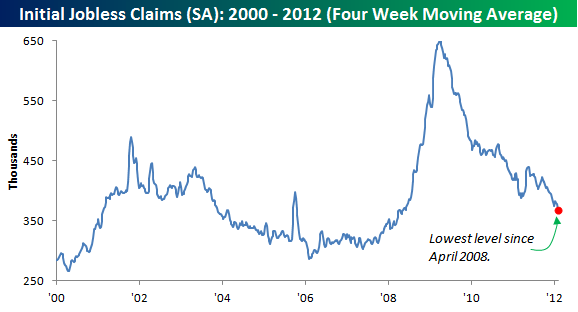 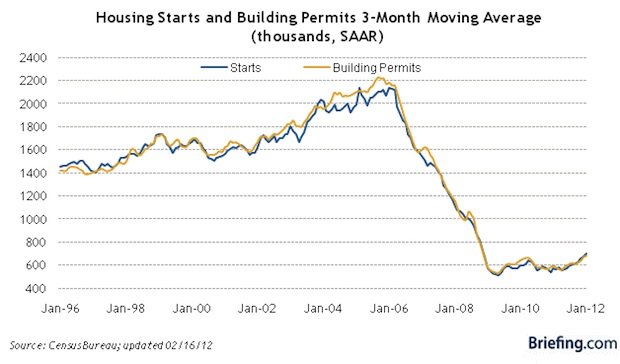 -Single family starts down from 513k Dec to 508k Jan, but Dec was revised up from 470k
-Multifamily home constructions up 8.5% from 176k (Dec) to 191k (Jan)
-Building permits 676k seasonally adjusted, annualized vs. 697k Dec.
-Again because of good weather, seasonal adjustments may be inflating the data.

Philadelphia Fed Manufacturing (February 2012)
-Index of manufacturing activity in Philly region rose to 10.2 for February
-Region is: Eastern Pennsylvania, Southern New Jersey, Deleware
-This is up from a from 7.3 in January
-Zero is the dividing line between expansion and contraction
-Fifth straight monthly gain, and highest since October 2011
–Full report 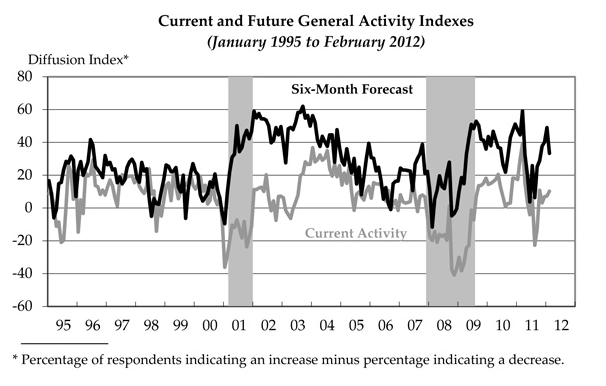 This data may seem odd at first. There were inconsistent changes in energy prices which blunted the increase in overall. The cost of electrical power was down 1.7%. Natural Gas prices were lower. Gasoline was +2.0%. Food was down 0.3%.

“Maureen is an amazingly well organized and detail oriented professional and knows exactly what it takes to prepare a house for sale. She was always calm and unflappable, a skilled negotiator and her thoughtful guidance contributed to the sale of our home at a price 10% above asking. We cannot recommend her more highly!” It […]