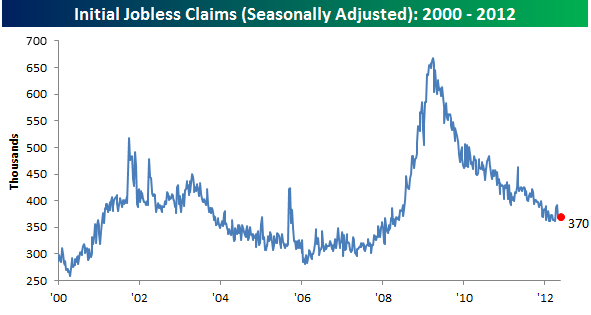 Apart from 2Q2011, the entire recovery has been very weak.

Concern about Greece in particular and the broader eurozone has sent the euro to a two year low v. the US dollar. The sad thing is that consequently the US is not seeing the cost of its massive deficits because Treasury borrowing costs are so low. Some day, two or three years from now buyers of US Treasury debt are going to demand higher yields. We may be seeing a debasement of fiat currencies in general. At present the US dollar simply isn’t as debased as the euro.

And as for today’s U.S. data, here’s a rundown. Treasuries and mortgage bonds (MBS) selling off slightly, pushing rates up a bit.