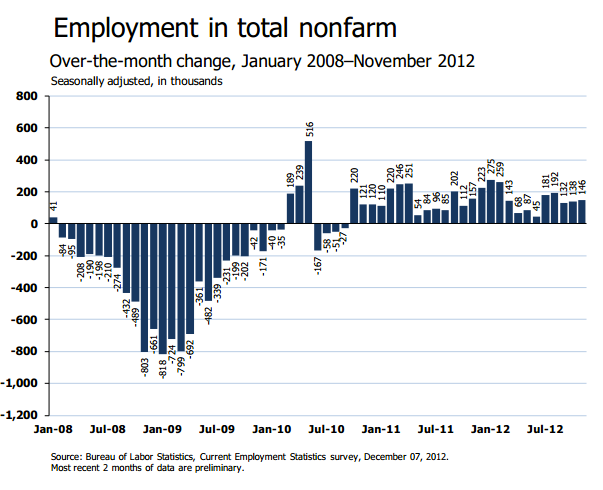 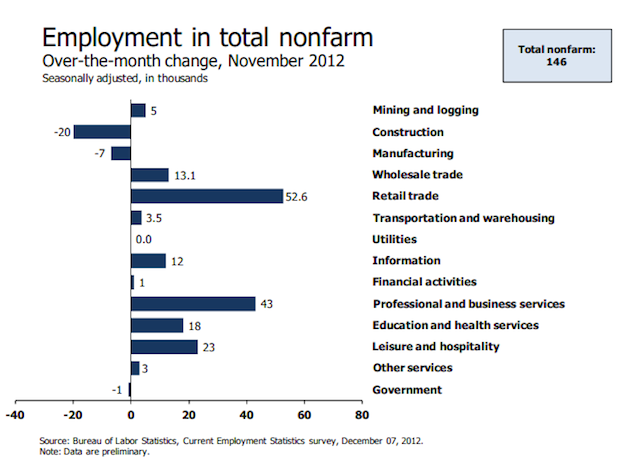 Rates are up today after a BLS report showed the U.S. economy added 146k nonfarm payrolls in November, well ahead of expectations of 93k, and October was revised down from 171k to 138k.

Since January 2012, employment growth has averaged 151k per month compared to an average monthly job gain of 153k in 2011.

Unemployment dropped from 7.8% to 7.7%, the lowest level since December 2008, according to a different component of the jobs report called the ‘Household Survey’ which counts people. There are 12 million people unemployed. 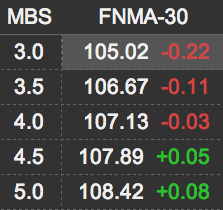 Rates rise when mortgage bond (MBS) prices drop on a selloff, and this table* shows that selling this morning in key Fannie Mae 3% and 3.5% MBS coupons that lenders use as benchmarks for consumer rate pricing.

This is far from a blowout jobs report, but jobs growth was well above expectations and MBS were priced for perfection coming into today’s report. That said, the selloff isn’t quite as sharp as it could be and rates are only up about .125% following the jobs report.

Coming into today, rates were down .125% on the week, so we’ll end the week about even.

Tempering MBS selling this morning is the fact that House Speaker John Boehner dug in his heels on budget talks today, and said “there’s no progress” being made.