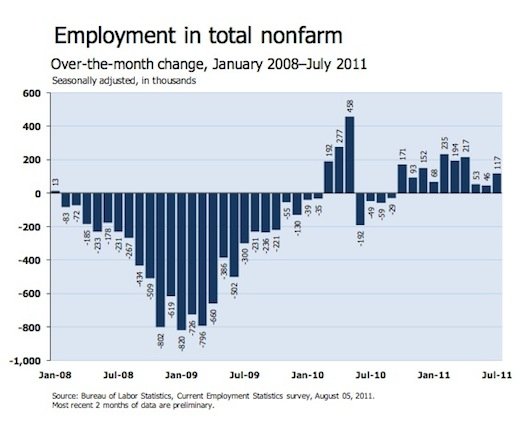 As predicted, rates are up slightly on mortgage bond selling (FNMA 4% coupon -94 basis points) after after a better than expected BLS report showing the economy added 117,000 non-farm payrolls in July, plus June was revised to show 46,000 new payrolls instead of the previously reported 18,000. Non-farm payrolls doesn’t count actual people, it counts how many companies opened or closed, then uses that data to estimate the number of jobs gained or lost.

A less-reported component of the monthly BLS jobs reports counts actual people using telephone surveys, and this ‘Household Survey’ reported that employed persons declined by 38,000 and 193,000 left the workforce. The unemployment rate is calculated using this data, and that’s why the unemployment rate dropped to 9.1%. While the Household Survey still shows people losing jobs, this -38k figure is a vast improvement over June’s -445k, and rate markets are rising accordingly. Stocks are also rising, though much less sharply. 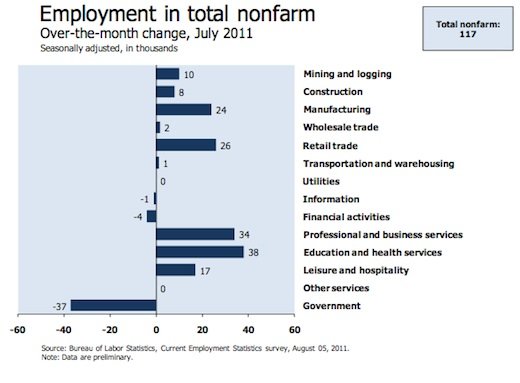