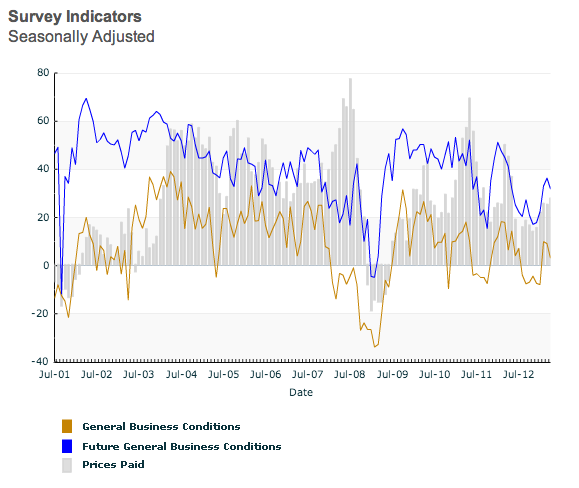 Below are snapshots (with links) of five big data points markets are trading on today. U.S. rate markets—aka mortgage bond markets—are taking four of them as non-threatening: flat U.S. retail sales, weak Eurozone economic growth, less-than-expected Chinese inflation, and despite higher UK inflation, markets are shrugging it off. For now, markets are also ignoring the highest manufacturing inflation in 2.5 years. As such rates are holding onto gains we’ve seen since Friday. See bottom of this post for rates.

The Fed’s Empire State manufacturing survey showed continuing price pressure on manufacturers: “The prices paid index climbed to a two- and-a half-year high in February, but the measure for prices received was little changed.” There’s another manufacturing survey (Philly Fed) Thursday, as well as PPI and CPI the next two days. So markets may be holding for those data points before reacting to this inflationary report.

Chinese inflation was less than expected, but not for the right reasons.