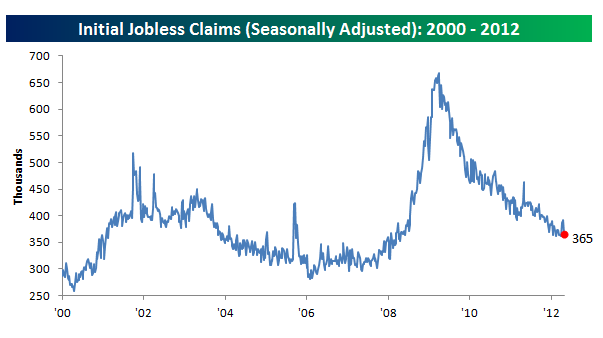 Jobless claims were better today but ISM Services were worse. Rates are about even as mortgage bond (MBS) trading is just a small positive today—FNMA 3.5 coupon up 9 basis points.

Rundown of today’s data below. BLS Employment Situation Report is tomorrow. I think that expectations are so low that only something under +100,000 will rally MBS and Treasuries.

– This erases 5 weeks of higher than expected claims.

– While better than last week this is still not indicative of anything more than modest recovery. Yesterday’s ADP private jobs report for April offset whatever good is seen here.

– When the BLS Employment Situation Report comes out tomorrow, attention will be focused on jobs added and on the unemployment rate but the most important piece of data is the labor participation rate and than has been falling.

– Here’s a chart from Bespoke

– This is a report of layoffs at large companies.

– 50 is dividing line between expansion and contraction

– This is a survey index which had four components: business activity, new orders, employment, and supplier deliveries. 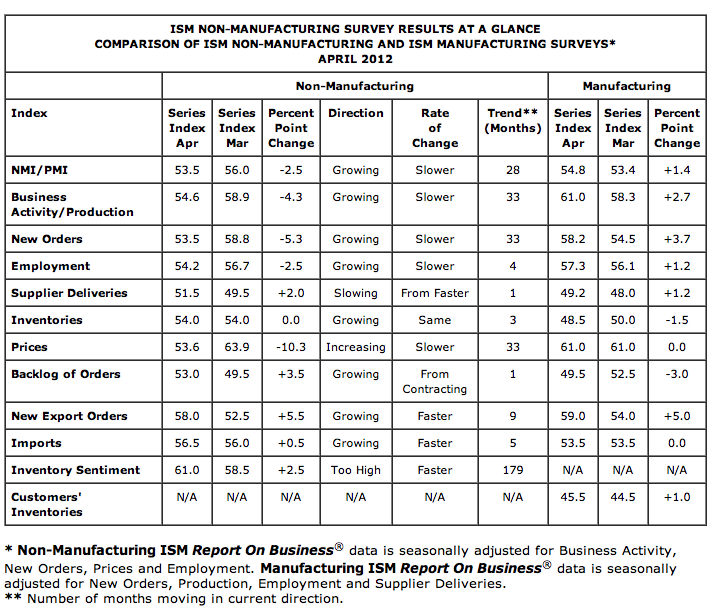