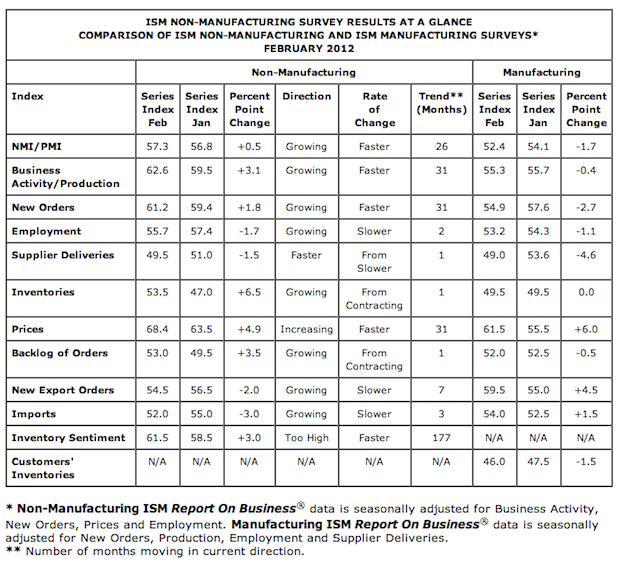 Rates are flat today as mortgage bonds are trading almost exactly even after weaker manufacturing and stronger services sector readings, detailed below.

-This is part of what I have been discussing: Two-thirds of 4Q2011 GDP gain was in inventories and the consumer is not keeping pace. The wholesale side of the economy has to apply the brakes. This could take something out of 1Q2012 GDP.

-Fifty is dividing line between expansion and contraction

-It’s on a long up-trend: 26 straight months of growth.

-More trends in table below.

Highlight this week is BLS Employment Situation Report on Friday after ADP private jobs on Wednesday. BLS Jobs is expected at about +200,000, lower than January. One problem is that this is so politically sensitive that objective reporting in the media is simply not going to happen. But stay tuned for my jobs report breakdown after Friday’s release.