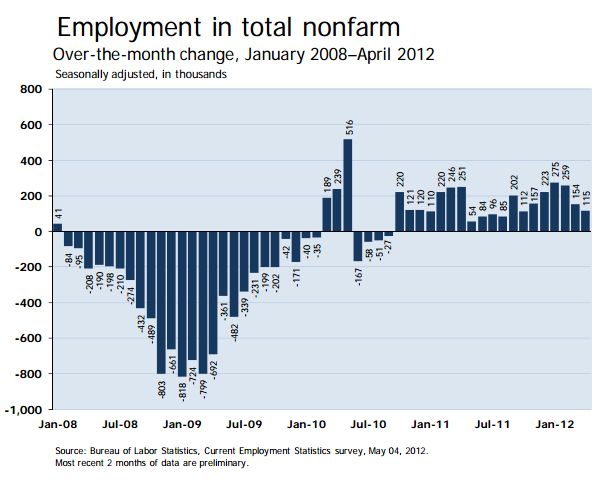 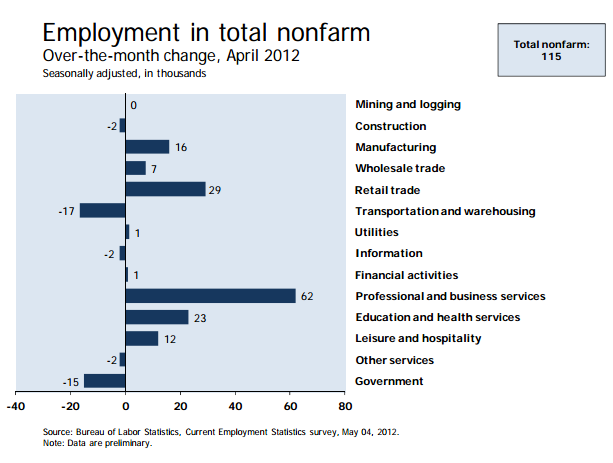 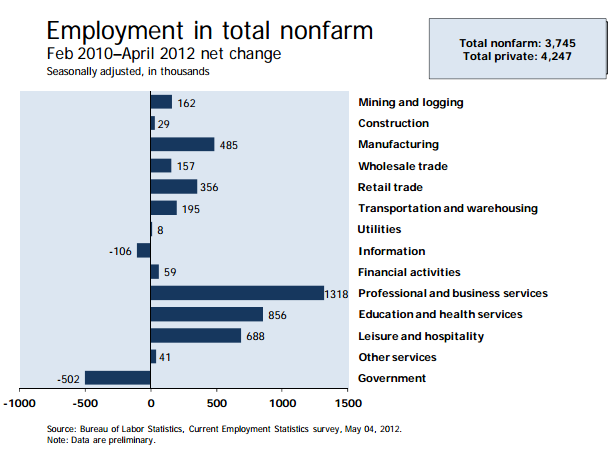 Rates are near record lows this morning after a BLS report showed the U.S. economy added 115k non-farm payrolls in April. This is the second straight monthly jobs flop. March was revised up from 120k to a still-weak 154k. The three months before March averaged a more respectable 252k.

Since a recent employment low in February 2010, the economy has added 3.7m non-farm jobs. The only positive spin on today’s report is that 42% of the 8.8m jobs lost between January 2008 and February 2010 have been recovered.

Unemployment dropped from 8.2% to 8.1% according to a different part of the jobs report called the ‘Household Survey’ which counts people.

But this drop is more from unemployed people giving up job searches and leaving the work force than it is from people being hired.

RATE REACTION
Rates drop when mortgage bonds (MBS) rally, and MBS have rallied modestly on this news, continuing a string of modest rallies this week on lackluster economic data.

The 3.5% Fannie Mae coupon—a key benchmark lenders use to price consumer rates—is up 17 basis points, and with this week’s gains, it translates into rates about .125% lower.