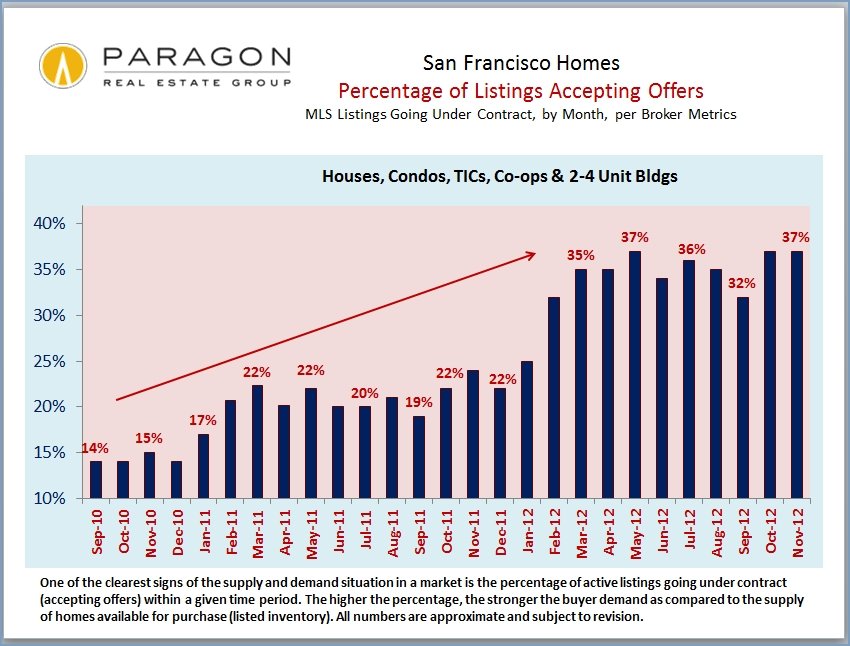 This morning’s February jobs report suggests meaningful improvement: +222k private jobs created vs. +50k created last month, and unemployment rate of 8.9% vs. 9% last month. But wages are flat in the report, plus other issues like rising oil caused by massive fighting in Libya between citizens and government have caused U.S. mortgage bonds to rally big (+50 basis points), causing rates to drop—this regains ground follow a Wednesday+Thursday spike as bondholders were selling ahead of today’s jobs report. Thirty-year rates on loans up to $417k are 4.875% now.

Below are charts showing non-farm payrolls added by sector, and also private payrolls since the recession began in January 2008. 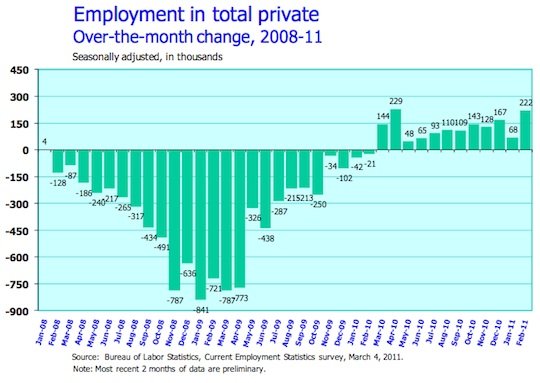 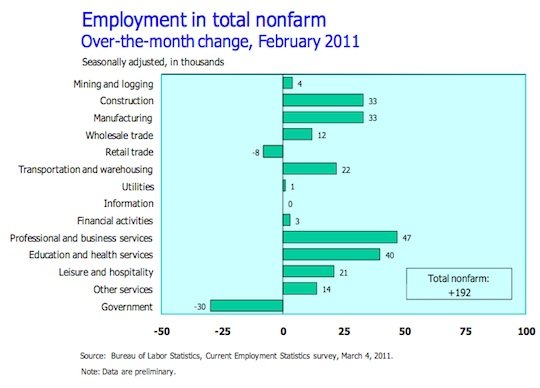