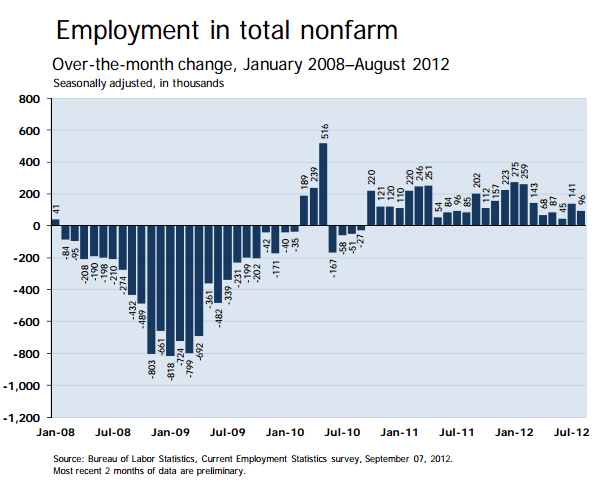 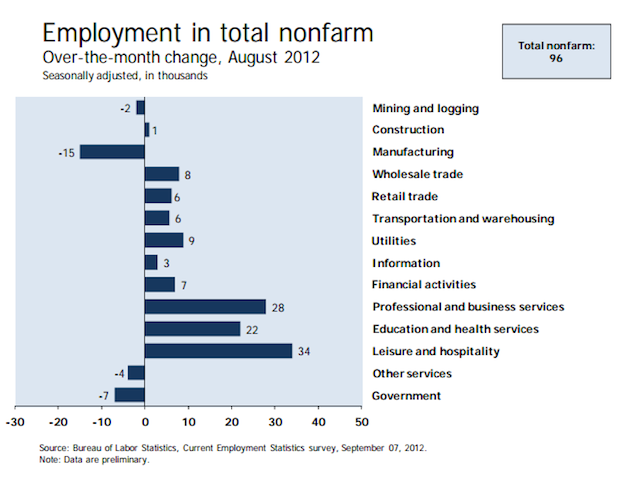 Look at the chart above and you can see that we’ve now got six months of mediocre job creation.

Unemployment dropped slightly from 8.3% to 8.1% according to a different component of the jobs report called the ‘Household Survey’ which counts people—12.5 million are unemployed.

And there are two more bleak job stats that don’t make as many headlines: (1) the unemployment rate only dropped because 368k people left the job market, (2) another 8m are working part time because they had hours cut or can’t find full time work. 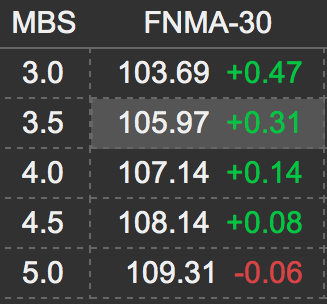 Rates drop when mortgage bond (MBS) prices rise on a buying rally, and this is what happened today. This table* shows the key Fannie Mae 30yr MBS coupons and it’s all green for the key coupons lenders use to price consumer rate sheets.

These moves higher in MBS translate into rates about .125% lower, which makes up for the rate rise that came yesterday after the ECB vowed to purchase European bonds to help stem the eurozone debt crisis.

The jobs news is bad, but one bright spot is lower mortgage rates.

The data has caused rampant speculation about QE3 (a third round of Fed money printing to buy bonds and lower rates) coming as soon as next week’s Fed meeting.

QE3 seems far fetched to me: too much political risk for the standing administration, and also the Fed is likely to hold until there’s a real emergency. A bad jobs report won’t likely qualify as that emergency.