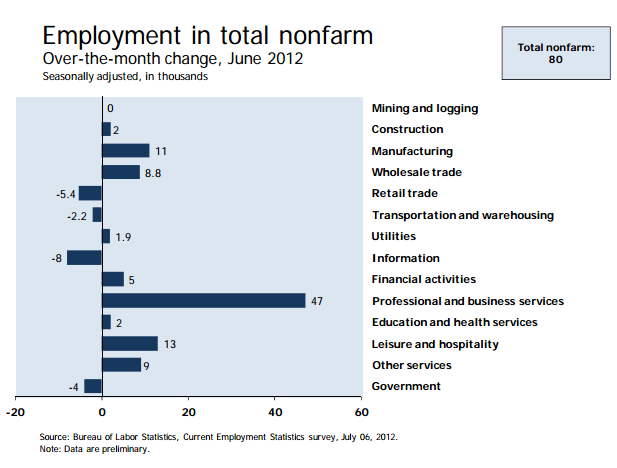 Rates are holding record lows this morning and may drop lower after another weak BLS report showed the U.S. economy added 80k non-farm payrolls in June. This is the fourth straight disappointing jobs report. May was revised up from 69k to 77k, and April was cut from 77k to 68k.

Unemployment was steady at 8.2% according to a different part of the jobs report called the ‘Household Survey’ which counts people—12.7 million are unemployed and another 8.2m are working part time because they had hours cut or can’t find full time work.

The 3.5% Fannie Mae coupon—a key benchmark lenders use to price consumer rates—is up another 27 basis points this morning, and if the rally holds and lenders pass this along to consumer pricing, we could see rates drop another .125% from already-record-low levels. Here’s a chart (used with permission from MBSLive). 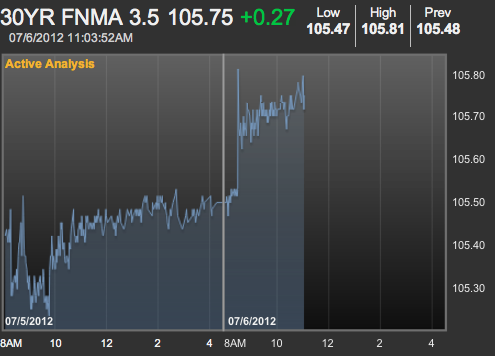