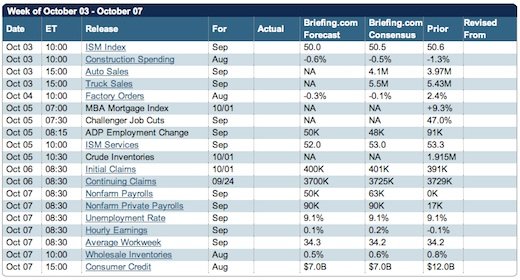 Mortgage bonds opened today up, extending the past 10 days of gains, but have since retreated (FNMA 30yr 4% coupon -9 basis points) as bond traders take some profits. Still, two weeks of gains have brought rates down near 2011 lows achieved March 16. Today’s ISM Manufacturing Index fell slightly to 60.4 in April from 61.2 in March. But ISM readings above 50 signal expansion and the index has exceeded 60 the last four months, the best performance since 2004.

The index showed a 22-month inflation trend. Normally bonds would sell and rates would rise on inflation fears (since inflation erodes purchasing power of a bonds future cash flows), but markets—for now—seem to be agreeing with the Fed’s theory that energy inflation is ‘transitory’. Below are inflation warning comments from manufacturers, as well as a preview for jobs data that will dominate market mood this week.

The ISM index’s employment readings for the first four months of 2011 are the highest in the last 38 years.

This is better news following the past two weeks of rising jobless claims which snapped a multi-month streak of fewer jobless claims. This weaker job trend has contributed to a bullish bond mood.

This Friday’s official BLS jobs report for April calls for 183k new jobs. If this surprises to the upside, rates would lose ground as bonds retreat from 2011 highs. But higher jobless claims suggest the number could be at expectations. 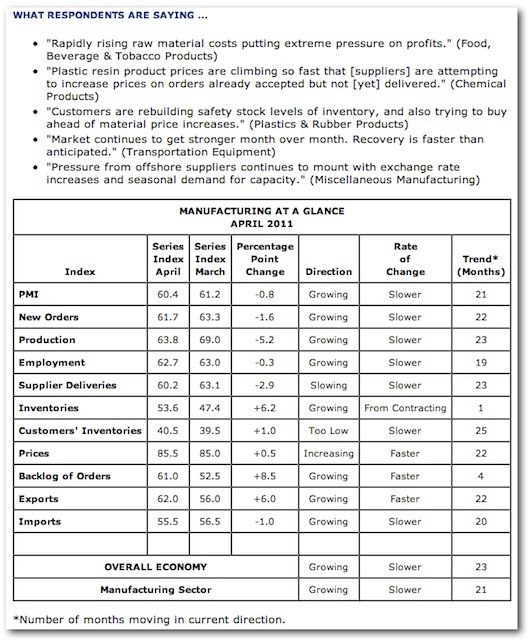