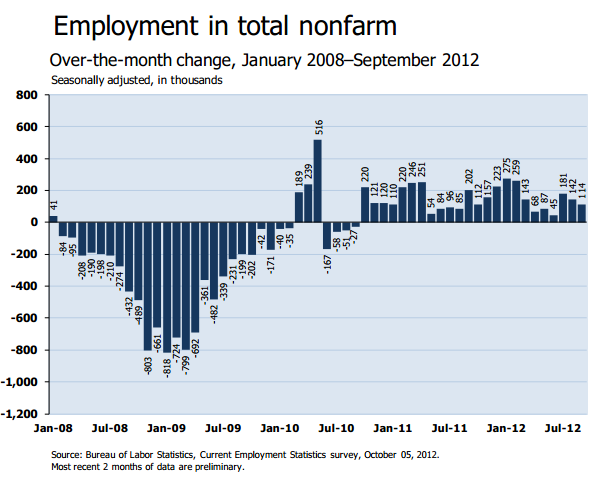 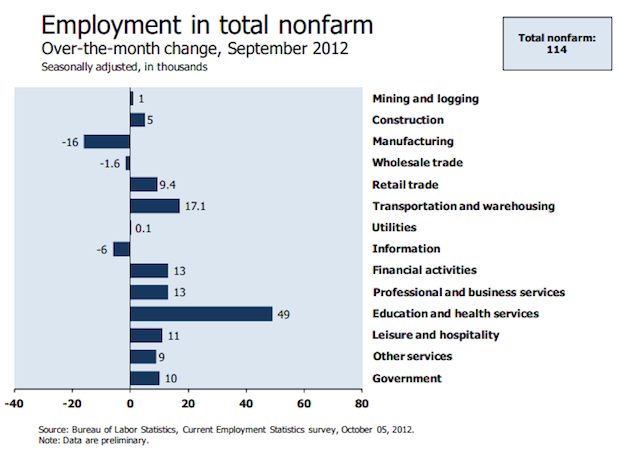 These revisions make the last six months in the chart above look a lot less bad.

Unemployment dropped from 8.1% to 7.8%, the lowest level since January 2009, according to a different component of the jobs report called the ‘Household Survey’ which counts people. There are 12.1 million people unemployed, down 456k in September. 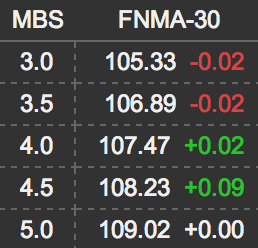 Rates rise when mortgage bond (MBS) prices drop on a selloff, and this is what happened the last two days and even this morning as an initial reaction to the jobs report.

But now MBS are back to even. This table* shows that we’re pretty close to par on the day for all key Fannie Mae 30yr MBS coupons that lenders use to price consumer rate sheets.

Still, the MBS selloff from Wednesday and Thursday puts rates about .125% higher for the week.