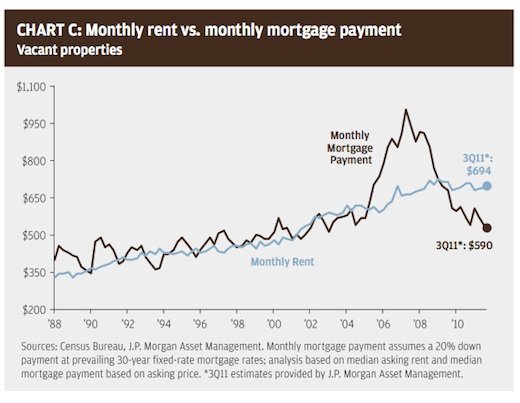 Case Shiller’s August report showed home prices across 20 major U.S. metro areas were up 0.2% since July, the fifth straight monthly ’20-City’ gain but it’s barely a gain. Prices are down 3.8% since August 2010, a slightly lower year-over-year loss from last month. Home prices are still down drastically from 2006 highs and now at 2003 levels (CHARTS BELOW).

Case Shiller index co-creator Robert Shiller was on Bloomberg today, continuing his “Owning A Home Isn’t Necessarily Smart” refrain of recent months. Below is what Shiller said on housing, and a few thoughts from me as a mortgage banker in the trenches.

On HARP II & Other Housing Stimulus: We can’t just give a jump start to the economy to get it humming again. It’s more structural.

How do we clear the housing market?: I don’t know that we want to get the housing market running on a high scale. How about the people who build houses build schools or highways instead? Problem is that so many people are underwater and not moving and stuck where they are. HARP II is a step in the right direction.

Where is the new normal for housing?: Buy vs. Rent is shifting back toward rent. Apartment buildings are showing signs of picking up. We focus too much on housing in this country.

How much further can home prices fall: In January I said they’d go down 10-25%. But this is impossible to predict.

But if we look back to a clearer Shiller outing three months ago, we can see what he’s getting at. He thinks the American Dream of housing is overblown, and that people would be better off investing in stocks and bonds rather than homes.

As I said back then, the problem with Shiller’s point is that the masses don’t understand traditional investing.

They understand a home they can call their own, and they understand monthly payments. That’s why housing is so ingrained in our social and political belief systems. As such, I also noted that’s why it’s easy for people to mix up investment strategy with personal preference:

When an investor is looking to buy a stock, they’re looking at how much the company can earn and determining if the price is worth paying for those earnings. When a homebuyer is looking to buy a primary residence, that math often takes a back seat because they usually don’t think of the property as earning income. They mostly think of whether the kitchens/bathrooms are upgraded, can it fit their growing family, and can they afford the down payment and monthly obligations.

So let’s try to reconcile Shiller’s macro assertions that housing is a bad investment with the fact that people want to invest in housing.

This chart is an oversimplified representation of the Rent vs. Buy debate, but it does support the point that housing is has become quite a bit more affordable. Also here’s the chart’s accompanying text from the report:

The rest of a homebuyer’s decision analysis is street to street.

Real estate markets are highly local and there are always sound investments to be made if a homebuyer is doing their homework. The head of the Case Shiller Index Committee David Blitzer confirmed this in August:

And by local, I don’t mean the “Cities” in the Case Shiller table below, because those aren’t cities. They’re major Metropolitan Statistical Areas (MSAs) that often comprise multiple counties. For example, “San Francisco” in the table below is the a broad five-county Bay Area region, and the actual city of San Francisco contains only 12% of the house inventory in the MSA.

I’ll be covering the Rent vs. Buy debate in more detail in the coming weeks, but for now, homebuyers must focus on local analytics with local realtors and lenders. 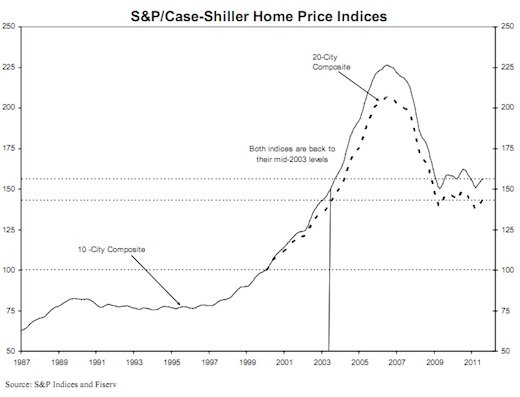 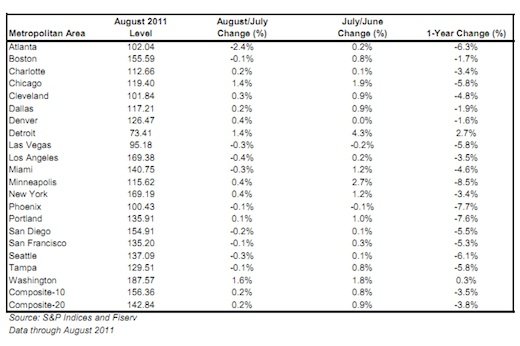 *This report was also released today, but it’s not as widely followed because it’s only for homes with Fannie/Freddie loans.