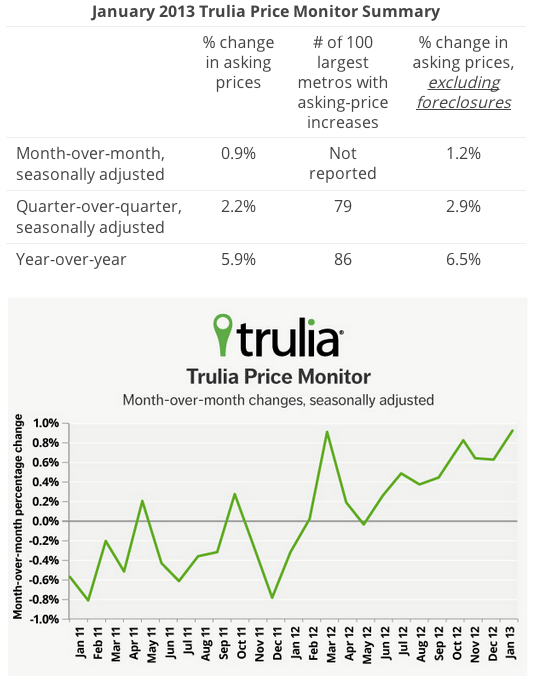 Today’s Originations linkfest. A few good catch up reads. Kicking off with Trulia chief economist Jed Kolko’s report on home prices and rents released last week. His monthly update is different from most of the other widely followed reports in that he uses asking prices rather than closed prices. This makes his report a leading rather than a lagging indicator. Also one of my favorite pieces this week was Jonathan Miller’s piece about tight credit driving up prices.