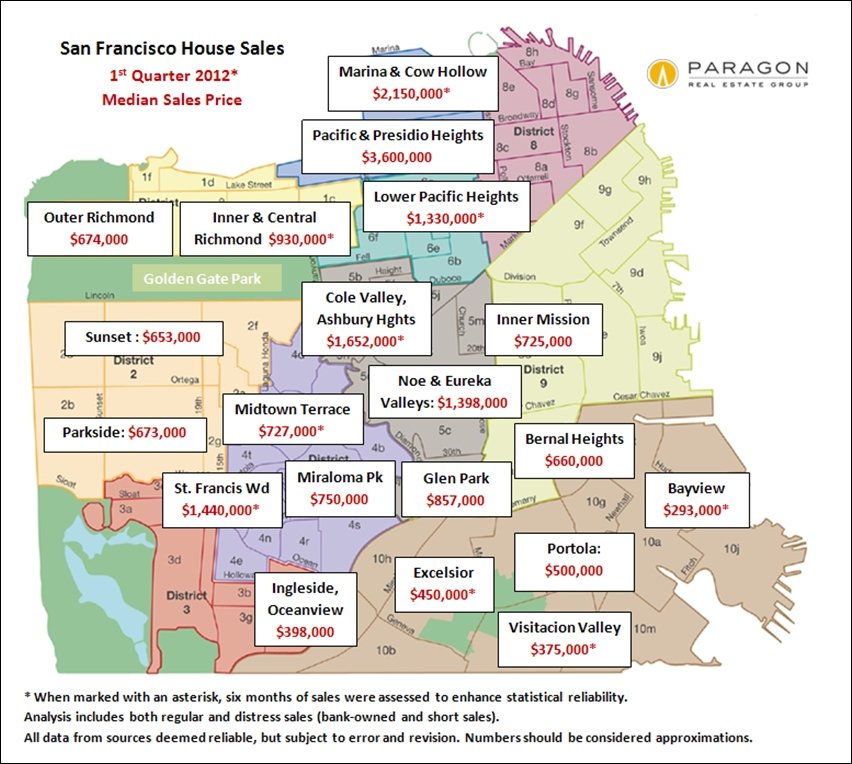 On this April Fool’s Day, the only fools are those who bet on a worse jobs report. Stocks are up (S&P +11, Dow +92) and bonds are slightly down (10yr Note -16 bps, FNMA 30yr 4% coupon -9 bps) after the Bureau of Labor Statistics showed that non-farm payrolls rose 216k in March and the unemployment rate dropped to a two-year low of 8.8%. Private payrolls, which exclude government jobs from the count, rose 230k.

While the economy has added 894k non-farm jobs in six months (chart below), there are still reasons for caution: on top of the 13.5 million unemployed workers, there are still 8.4 million forced-into-part-time workers and this number has been stubbornly high. Here’s the full March jobs report, and below is a word on Fed chatter and inflation. 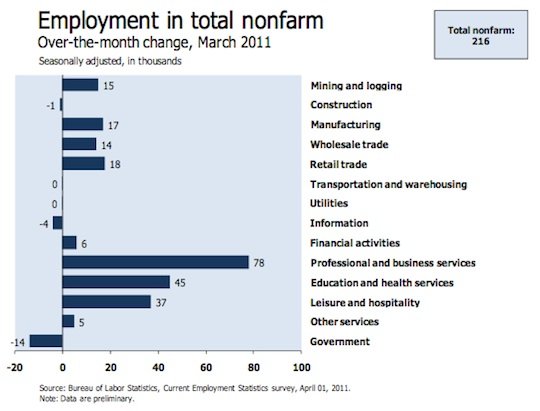 Today’s March manufacturing index from the Institute for Supply Management showed continued expansion and inflation pressure. Prices paid by manufacturers increased 3% in March, which is the latest in a 21-month rising trend.

Dudley oversees the Fed’s Permanent Open Market Operations desk which runs the QE programs, so his voice carries weight on the Fed’s rate policy committee. Not to mention he votes with his sentiment. As we noted earlier this week, tough inflation talk from Fed officials means little when they don’t actually vote for higher rates—and none of the supposed hawks have voted for higher rates this year.

As for the stock and rate trend, it has a lot to do with stocks in the coming weeks. If the S&P holds today’s 1337 gains, it’s just above a key technical level, which could mean stocks move up toward the 1343 level reached on February 18. This plus the inflation concerns could put downward pressure on bonds, pushing rates higher.