Below are economic Fundamentals for the past two weeks. Latest housing, jobs and manufacturing stats are all weaker. A good start to U.S. earnings season has been a bright spot, but the picture is more bleak outside the U.S., most notably with Spain’s stock market trading around lows it hit during the depth of the global financial crisis.

Here’s recap of week with comments on each report below that (and click image for more).

For the jobs market, April may be the cruelest month. The key to economic growth is to have more people working and the decreases in Jobless Claims has stalled for the time being.

With significant joblessness, declining or flat values and tough lending guidelines there simple are fewer people willing and able to buy. 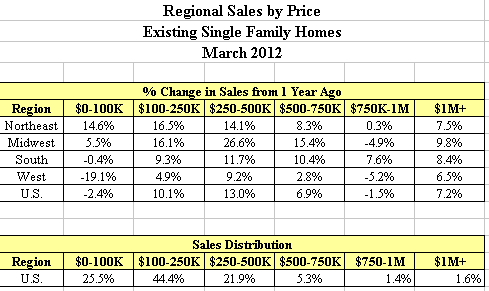 Philadelphia Fed Manufacturing Survey (April 2012)
-Index of manufacturing activity in Philly region dropped to 8.5 from 12.5 in Mar, 10.2 in Feb
-Zero is the dividing line between expansion and contraction
-This was highest reading since April 2011
-Region is: Eastern Pennsylvania, Southern New Jersey, Deleware
–Full report and chart below 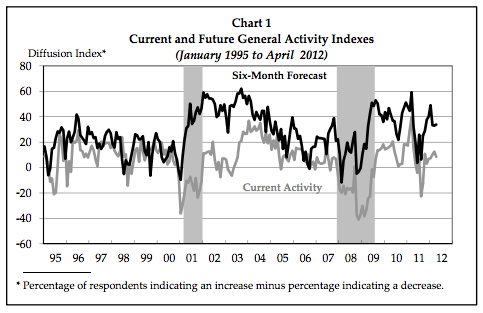 This index is supposed to forecast economic growth (GDP) 3-4 months from now. It is the Fed’s low interest rates and expanded money supply which have been pumping this up.

Refinance applications are up because rates were down last week. Purchase applications were down partly because FHA premiums went up in March but the purchase number still indicates market weakness.

National Assn of Homebuilders (NAHB) Confidence Index (April 2012)
-Homebuilder Confidence Index value for April was 25
-Down from 28 past two months, after 5 months of gains
-Index best since 2007 but still way off from 50+ considered to be healthy market
-For this index, 50 is dividing line between positive and negative sentiment
-Last 50+ reading was April 2006
–Full report
-Here’s a table showing builder confidence from 1985-PRESENT 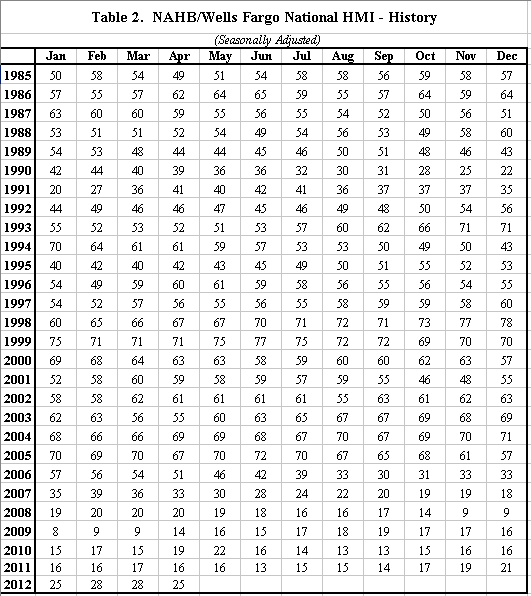 Retail Sales were down because Easter was over.

Consumer spending is about 70% of GDP and Retail Sales are consumer Spending.

Unlike GDP, Retail Sales are not adjusted for inflation. These are nominal dollars not actual (inflation adjusted) dollars. In short, the number are not as good as they appear at first glance.

Empire State Manufacturing Survey (April 2012)
-Index of manufacturing conditions in NY region plummeted from 20.21 to 6.56.
-Zero is the dividing line between expansion and contraction
-This is the fifth consecutive monthly gain, but 13.65 is a huge drop
– Full Report and chart below 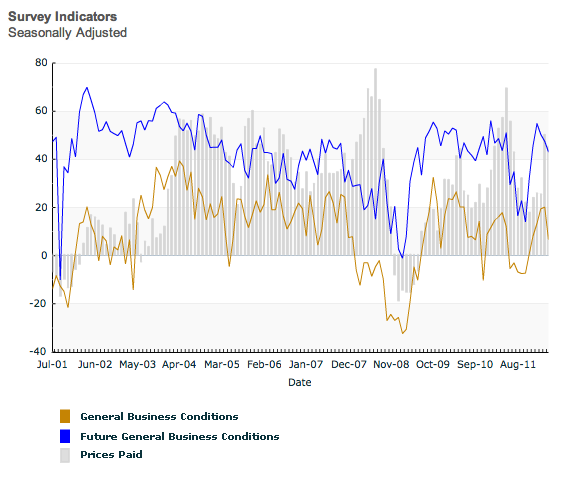 Here’s recap of week with more on each report below that (and click image for more).

Combined with last week lousy BLS Employment Situation Report this shows a continued weak jobs market. Jobless claims have indeed fallen over the past year but we are not adding enough jobs to sustain fiscal policy. 90% of the increase in jobs in last week’s BLS report merely kept pace with population growth.

Trade Deficit (February 2012)
– The monthly Trade Deficit in February was $46.0 billion down from 52.6 billion the previous month.

Refinancing is rate dependant and rates have been bouncy of late. This index shoud recover thos week. The purchase Index was affected by the increase in FHA premiums.

Wholesale Inventories (February 2012)
– Inventories (month/month) +0.9%, This data is not inflation adjusted making it difficult to see what this means for GDP.