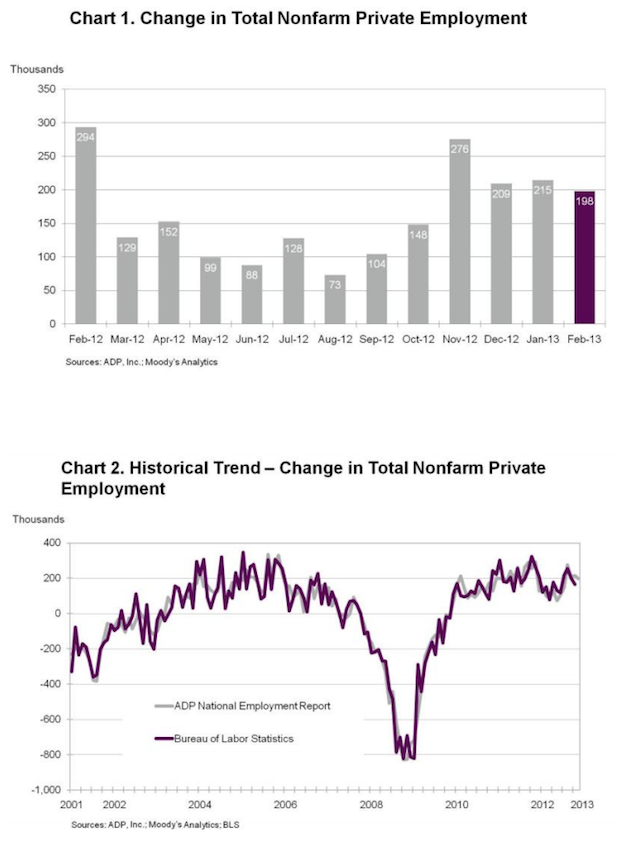 – This would seem to indicate a BLS report a bit higher than it was last month (+157,000).  Jobs are still being added barely above the rate needed to keep the labor participation rate constant with a growing population.

– Here’s the full February ADP report, and below are a couple select charts, including one that compares ADP jobs data to the official BLS jobs data. The BLS jobs report is Friday.

– These solid gains come after 3 weeks of declines.