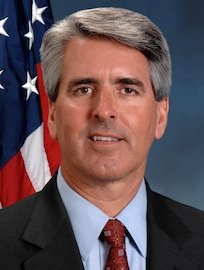 Funny how news travels… I got a call from one of my old bank reps this morning who was displaced when MetLife closed their mortgage operation earlier this year. She was calling to tell me she joined Suntrust and part of her pitch was how David Stevens just joined as president. I was reading about it when I picked up her call. Here’s the news release:

SunTrust Banks, Inc., (NYSE: STI) announced today that David Stevens, currently President and CEO of the Mortgage Bankers Association (MBA), will join the Company as President of SunTrust Mortgage, Inc., effective July 16, 2012. He will assume responsibility for the day-to-day operations of the business, including sales, production, fulfillment, and mortgage capital markets, and report to SunTrust Mortgage CEO Jerome Lienhard.

Mr. Stevens, 55, will be based in Washington, D.C., and maintain offices in both Washington and Richmond, Va., where SunTrust Mortgage has a significant corporate presence.

“David Stevens is a high-caliber leader, professional and individual,” said Mr. Lienhard. “His subject matter knowledge and leadership abilities are well known, as is his tireless commitment to our industry. I am personally delighted to welcome such a well-respected colleague to our business and look forward to the transformational change he will drive.”

A graduate of the University of Colorado at Boulder, Mr. Stevens brings more than 25 years of professional experience from the banking, real estate and insurance industries, as well as the public sector. Prior to his role leading the MBA, he was Assistant Secretary and Federal Housing Administration Commissioner at HUD (Housing & Urban Development). Previously, he served as President and Chief Operating Officer of The Long & Foster Companies – the nation’s largest privately held real estate company – and Executive Vice President and National Wholesale Manager at Wells Fargo. He began his professional career as a loan officer with World Savings.

SunTrust Mortgage, Inc. is a wholly-owned subsidiary of Atlanta-based SunTrust Banks, Inc., one of the nation’s largest banking organizations and serving a broad range of consumer, commercial, corporate and institutional clients. As of March 31, 2012, SunTrust had total assets of $178.2 billion and total deposits of $130.0 billion. The Company operates an extensive branch and ATM network throughout the high-growth Southeast and Mid-Atlantic states and a full array of technology-based, 24-hour delivery channels. The Company also serves clients in selected markets nationally. Its primary businesses include deposit, credit, trust and investment services. Through various subsidiaries the Company provides mortgage banking, insurance, brokerage, investment management, equipment leasing and investment banking services. SunTrust’s Internet address is suntrust.com.