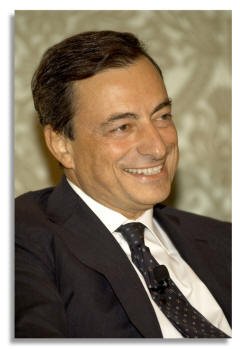 Draghi, 64, has been governor of the Bank of Italy since December 2005.

He was vice chairman of Goldman Sachs International and part of the firmwide management committee 2002-2005.

He was an economics professor at the University of Florence 1981-1991.