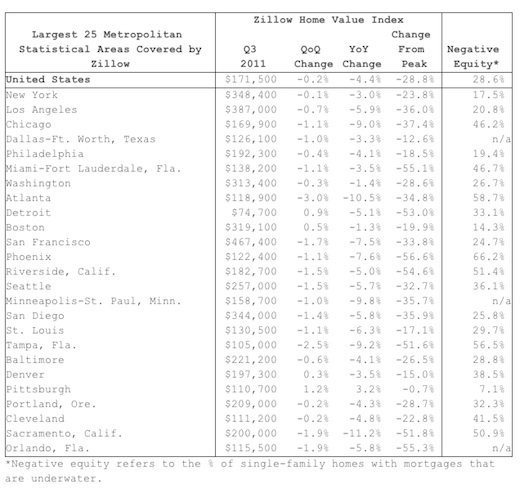 Also, on October 25, the S&P Case Shiller Home Price report for August came out and is more widely followed than Zillow and other reports. It showed that single family home prices across 20 major U.S. metro areas were up 0.2% since July, the fifth straight monthly ’20-City’ gain but it’s barely a gain. Prices are down 3.8% since August 2010, a slightly lower year-over-year loss from last month. Home prices are still down drastically from 2006 highs and now at 2003 levels.