FHA Commissioner David Stevens resigned Thursday and will vacate his post end-of-April. Former mortgage banker Stevens stepped in July 2009 and helmed the FHA during a tricky time: FHA-insured home loans were jolted back into relevance when Congress drastically increased FHA loan limits to (regional caps of) $729,750. But this increase happened in a crisis context, so foreclosures depleted FHA’s insurance fund which helps borrowers and backs lenders. Since FHA’s insurance fund is funded by mortgage insurance, Stevens increased those borrower-paid premiums several times during his tenure to keep the FHA up to speed with it’s newfound market share. The latest in this series of fee hikes is coming April 18, just before Stevens exits and is expected to return to the private sector. 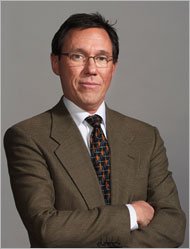 Meanwhile the private mortgage market ramp up continues, as mortgage vets form new firms to fill the securitization void that will be left as Fannie, Freddie, and FHA are wound down or at least redefined. The biggest shift comes in October when loan caps for the 3 government entities will be reduced to $625,500. This is the first signal to private markets that they can begin stepping in to capture market share. One of the most notable jumbo (or private) mortgage execs during the last boom era was Thornburg Mortgage chief Larry Goldstone who has started a new firm, Aventur Mortgage Capital, to raise money to fund and securitize jumbo mortgages. Thornburg was a major player in this market but failed during the credit crunch of 2008. They had strong underwriting standards but faced a liquidity crunch they couldn’t escape from. This private mortgage ramp-up trend will continue, and despite some scare tactics about private versus government-backed mortgage markets, this evolution is a good thing—and this time around Finreg requires mortgage originators to have at least 5% skin in the game for any mortgages they securitize, so they’re on the hook for any bad mortgages they originate.