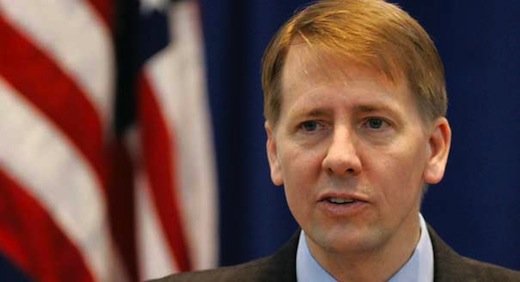 Five-time Jeopardy winner Rich Cordray will be nominated by President Barack Obama to lead the Consumer Financial Protection Bureau. He is the former Ohio Attorney General (he lost his bid for re-election last November), and currently the assistant director for enforcement at the bureau. And to round things out, he was a onetime law clerk to the U.S. Supreme Court; he has personally argued seven cases before the high court, according to his official biography.

A friend once told me, “All I ask is a chance to prove that money can’t make me happy.” True. Some people put their money into “risk free” US Treasury securities, which are, due to their assumed safety & virtual no chance of default, are used as base line for traders. Other fixed income securities are often traded as a spread over the risk free rate, i.e., Treasuries (hence the term “benchmark” 10-yr). But what if there was a chance that investors would not receive their interest payment?

Last week Moody’s placed the US on a negative credit watch thanks to the lack of political progress towards a deal (as it promised it would) and S&P followed suit, raising the odds for a downgrade. The government, and the press, certainly spends enough time jawboning about it – it would make more sense to have them work on the deficit, or go pave some roads, than focusing on this artificial limit that has been raised ten times in ten years.

Over in Europe, the news is slightly better. European bank stress test results showed that only 8 out of 90 banks failed the stress tests and need to raise about 2 billion euros. Spain had the largest amount fail with five, Greece had two, and Austria had one. All UK and French banks passed. Analysts believe that the German and French banks that hold Greek debt will fail stress tests once select Greek bonds default. If these governments can pass austerity measures, why can’t ours?

The possibility of extending loan limits is back in the news.

Two Representatives introduced a bill Friday that would extend the current conforming loan limit for government-backed mortgages for another two years. Watch for any progress on The Conforming Loan Limits Extension Act or H.R. 2508. Legislators will weigh a recent report from the National Association of Home Builders that showed 17 million homes would be impacted by the loan amount changes versus thinking that removing the temporary loan limits is a good first step toward the private market (including investors and insurers) taking the place of the government.

In other corporate mortgage-related news, Citigroup posted stronger-than-expected 2nd quarter earnings at $3.3B, up 22% from year ago levels. Lower trading revenues and US loan growth caused revenues to fall 7%. Despite the decline, gains in the international consumer division and lower loan loss provisions boosted the bottom line.