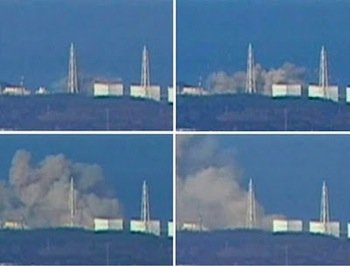 Japanese stocks crashed last night, and world stock markets followed the same direction, though less extreme. The Nikkei was down 6% Monday and 11% Tuesday as the quake, tsunami, and resulting nuclear catastrophe in Japan plays out. The Dow and S&P 500 are currently down about 1.7% each (down -212 and -22 respectively). U.S. Treasury and mortgage securities have rallied significantly as a safe-haven trade, and since rates drop when bonds rally, rates are down about .2%. This is a notable change in market mood since Friday when market reaction to quake and fallout was rather muted.

This morning’s March Fed Empire State Manufacturing Survey showed New York Manufacturing activity continues to increase and while the six month outlook is positive, inflation is an issue: prices paid have spiked 31 points in the last four months, and rose 7 points in March to 53.3, with 53% of manufacturers reporting higher input prices while no respondents reported lower prices. This is the latest in a series of monthly regional manufacturing surveys telling the same inflationary story, and normally this would cause rates to rise, but Japan’s crisis is outweighing this. [UDPATE: rates up following Fed announcement]