Like most economic stats, inflation seems simple: it’s a measure of how consumer or business prices are rising in an economy. But how inflation is measured then interpreted by markets is less simple. Most inflation reports in the press—often referred to as ‘headline inflation’—are total consumer or business inflation numbers. But lots of effort goes into isolating the costs of two categories, food and energy, because these prices are more volatile. And many reports look at “Core” inflation which excludes these volatile items.

The debate currently is whether it’s correct to just view Core inflation or whether you have to include food and gas to accurately understand (and trade) markets. It’s a common debate whenever food and gas prices are rising, but since market trading (rather than economic theory) rules the day, we prefer to tackle it day-to-day posts to see how markets—especially rate markets—are reacting. However, below are two very good high-level links on the topic.

–A Tale of 2 Inflations: Why U.S. CPI Is Flawed 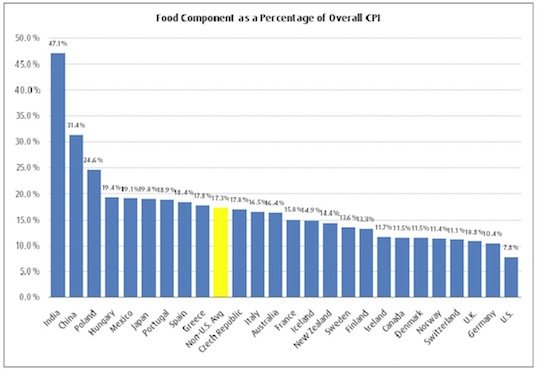