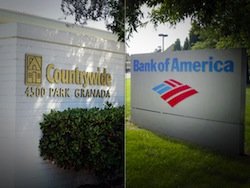 Bank of America is near an $8.5b settlement with a group of non-agency investors on rep-and-warranty-related issues: 226 deals, of which 15 are re-REMICs. The remaining 211 deals have a current balance outstanding of $79 billion and original balance of $178 billion. As such, the $8.5b of settlement translates into 10.8% of the current balance and 4.8% of the original balance, but exact details are changing as more comes to light and many questions remain.

For example, for non-agency investors, is the issue of whether the settlement payment is made to the investor group directly or to the trusts involved in the complaint – both have pros and cons although most believe that the money will likely flow into the trusts, otherwise BofA would expose itself to a large contingent liability from other investors in these deals. When will the money be dished out to investors? It is expected that the cash flow will come over several months.

What does this mean for BAC liability and other non-agency deals? Remember that total Countrywide non-agency issuance during 2004-07 (the period during which the deals in the settlement were issued) was $523 billion, so the settlement covers about 35% of this. There is some fear that the remaining 65% of production, although probably cleaner, could be subject to more liability, therefore between $24-30 billion! Regardless, any positive news, which includes less uncertainty such as some kind of settlement, may help prices of existing securities.

But will this, or any settlement, be passed down somehow to the originators which sold loans to Countrywide between 2004 and 2007?

First, remember that this settlement is for non-agency product. Second, and I am not privy to any inside information, just because a settlement includes a portion of BofA/Countrywide’s production, that doesn’t mean that BofA or any large investor, will “call off the hounds” in pursuing full retribution against originators. The settlement does not resolve issues for smaller lenders, especially when fraud is involved, nor does it mean that BofA (or any investor) would ever say, “Well, we settled for X pennies on the dollar, so we will let you do the same.”