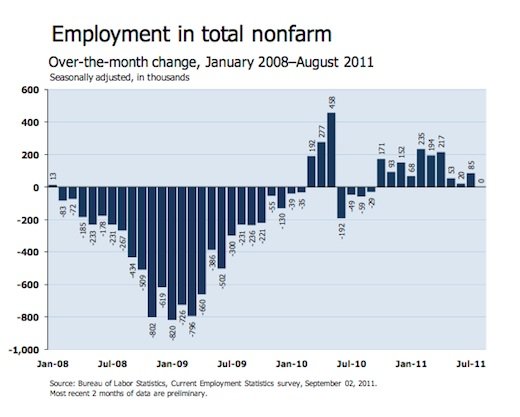 Rates are down slightly on mortgage bond buying (FNMA 3.5% coupon +38 basis points) after another grim BLS report showing the economy added zero non-farm payrolls in August. Plus July was cut to show 85k new payrolls instead of the previously reported 117k, and June was cut from 46k to 20k. This figure doesn’t count actual people, it counts how many companies opened or closed, then uses that data to estimate the number of jobs gained or lost.

A less-reported jobs report component counts actual people using telephone surveys, and this ‘Household Survey’ reported that employed persons rose by 331k (vs. a drop of 38k in July), unemployed persons rose by 36k, and the workforce grew by 366k. The unemployment rate, which held steady at 9.1%, is calculated using this data. Stocks are dropping as bonds are rising on this poor report. Charts below, and here’s more on How To Read A Jobs Report. 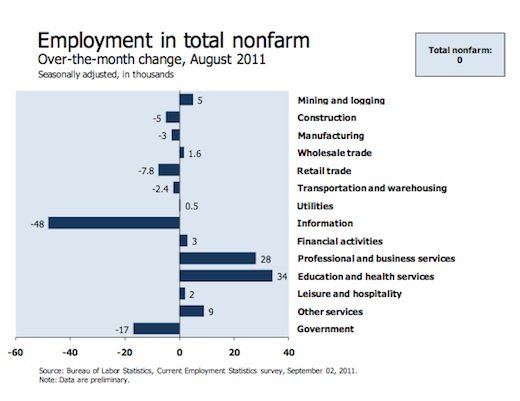