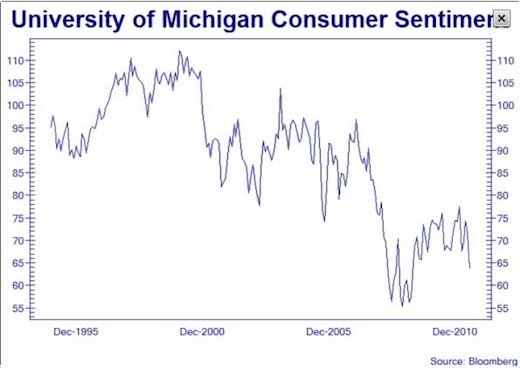 Money Supply
As a key to understand what QE did to Money Supply take a look at Federal Reserve report H.3. Excess banking reserves this week were $1.634 trillion. Last November they were $972 billion. That extra $662 billion is not dead money. It is there available for the holders these liability accounts to deploy. Enticing them to deploy it necessitates increasing consumer and investor confidence.