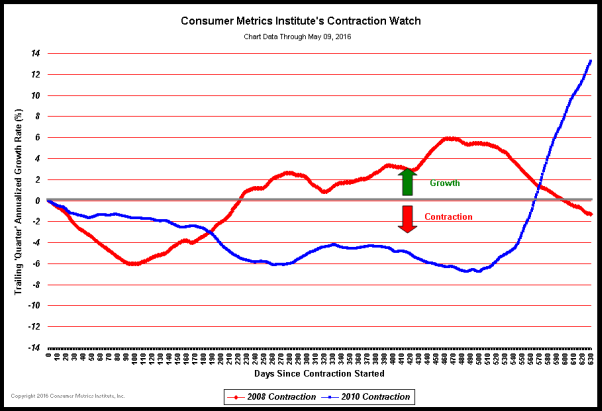 Consumer Metrics Index of Online Retail Sales: “We are becoming more convinced with each passing week that the rate of contraction of on-line consumer demand for discretionary durable goods “bottomed” at the end of May 2011. The climb in the year-over-year contraction rate since then has been significant.”

This is a graph of what Consumer Metrics charts. This measures online shopping. The blue line is the current contraction which started on January 15, 2010. The red line is the post-Lehman contraction.

Keep in mind that GDP = C+I+G+(X-M) where C=Consumer Spending, I=Investments, G=Government Spending, and (X-M) is the Trade Deficit. Today we have hints about C and X-M. We will start to see the net effect when we see 2Q2011 GDP.