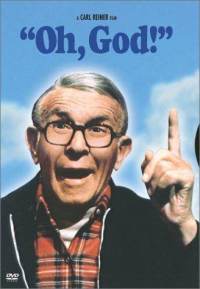 Simplicity is key. For example, this is what actor George Burns used to answer when people asked him the secret to living past 100: “Don’t die.”

An early-week rate advisory reduced to something as simple would say “Don’t lock” because there’s still room for rates to improve slightly before Wednesday. But markets are never quite that simple and you don’t want to be crying “Oh God” a couple days from now, so here are a few things to consider.

This number is an improvement over February, but February was a record low so comparisons should be taken with caution. Last week’s March existing home sales number also showed improvement, and one notable trend there is the multi-month large market share of cash, investor, and distressed purchases.

These three categories represent a more sophisticated buyer, so it suggests they’re seeing some local market opportunities where price-to-rent ratios are coming back in line, or where it’s possible to buy owner-occupied or fix-and-sell homes at abnormally large discounts.

This could help rates because mortgage bonds would likely continue their six-day rally (today included) which has led to lower rates.

But the Fed’s two-day rate policy meeting begins tomorrow with an announcement plus a first-ever post-FOMC-meeting press conference on Wednesday.

This is the penultimate meeting before the June 30 end date of QE2. The next one is June 21-22.

You have to proceed with caution ahead of Wednesday’s announcement because, if the Fed is going to issue some warning about the end of their post-crisis rate stimulus, the safe bet is that they’d do it this week instead of a few days before they pull the stimulus plug.

Bonds will sell and rates will rise if they do say, even subtly, that they’re easing off their rate stimulus.

So if you don’t want to say “Oh God,” then lock your rate some time between tomorrow’s Case Shiller release and the Fed’s 12:30 ET FOMC announcement Wednesday.