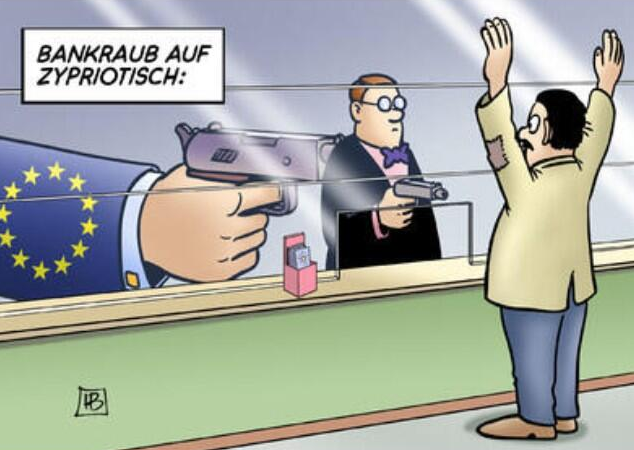 – The National Association of Home Builders Housing Market Index fell from 46 to 44.  This is a survey index which had been increasing toward the point (50) where as many builders were confident as were not confident.  Home builders are entities which truly need confidence in the economy.  There had been substantial increases in the equity prices of homebuilders in the past 6 months.

Markets today are being affected by the proposed seizure of a part of everyone’s bank accounts in Cyprus. Like may countries in the Eurozone, Cyprus is having fiscal problems.  IMF refused a usual bailout and instead conditioned it on a seizure of bank deposits – 6.75% for everyone and 9.9% for depositors unfortunate to have more that 1000,000 Euros.  If the EU actually imposes this on Cypriot bank accounts there will be fear that the same could happen in other EU banks.  I would wager that will lead to the exit of money from EU banks which would be a problem 100 times worse.

The Cypriot banking system is not typical.  Deposits in Cyprus are 4 x GDP making the banking system oversized compared to the economy.  Cyprus had encouraged depositors from EU countries earning it the bad graces of more powerful nations.

The action regarding Cyprus will reverse the risk on/risk off switch to risk off and cause lower Treasury and mortgage rates in the short term.  If there is perception that asset seizure would be part of future plans for fiscally troubled nations in the Eurozone the dynamics of the problem will become altered.