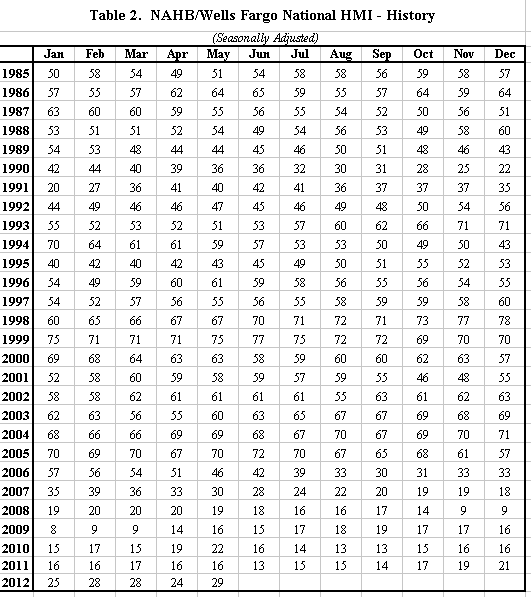 Rates are trying to cling to record lows but are a little off as mortgage bonds (MBS) are down. The Fannie Mae 3.5% coupon lenders use as a benchmark is down 8 basis points to 104.22 after a slew of U.S. data.

Homebuilder confidence is up but still nowhere close to positive. Inflation is flat. Regional manufacturing rebounded after a sharp decline last month. And retail sales are weak.

In all, U.S. sentiment is flat to slightly better. And chatter on Greece and their future in the Eurozone is still dour, which is offsetting any positive sentiment.

We can still expect Thursday’s headlines to show new record rate lows since those headlines are derived off of a Freddie Mac rate survey that runs through Wednesday each week.

Below is a roundup of today’s U.S. economic data, with more comments and charts… Reportage of this bit of data reveals the clueless nature of most media. Last month when the data for March was reported at +0.8% it was hailed as growth. The problem is that Retail Sales is not adjusted for inflation. Retail Sales for March and April indicate flat spending in terms of real (inflation adjusted) purchases and only show that we had a spike in gas prices in March.

Take a look at the following which shows soft consumer spending.

– It is not the flat fundamentals which will drive rates but rather the perception and reaction to the complex EU situation.

Empire State Manufacturing (May 2012)
– Index of manufacturing conditions in NY region rebounded to 17.1 after diving to 6.56 April
– Zero is the dividing line between expansion and contraction
– Full Report and chart below 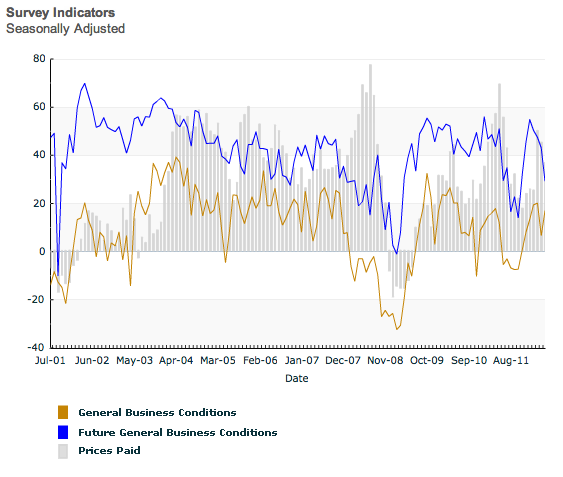