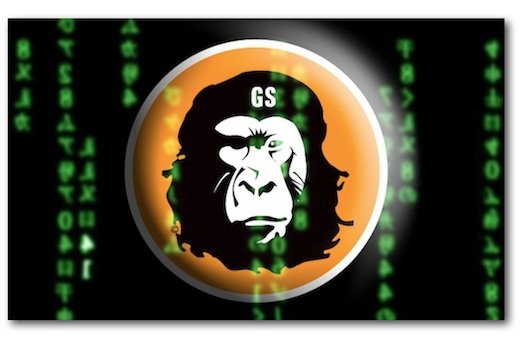 On Monday high net worth marketer April Rudin told her Twitter followers “for the epitome of coolness, follow @thebasispoint” and I responded with “Tx April! but now I’m worried: coolness is gone once found.” But she held the line with: “coolness is eternal.”

It prompted me to dig up some coolness writings I’d done many years ago when running a sports and pop culture site called Guerillasports. One such writing below—excuse any blunt language, it was a different audience. Re-reading it, I think April is mostly right saying coolness is eternal. But eternal in the sense that it’s something people are always seeking.

As for Guerillasports, it has since disappeared into the coded ether, but the creative legacy lives on: I still talk to my three partners in that project daily. And naturally, The Basis Point’s creative director is also responsible for that brand—pictured above.
____

[1/20/2005] Today I continue my analysis of Coolness. This installment is a story about a run-in with a supremely uncool dude in the airport. But first, a quick review of the topic at hand.

When I left off, I said that Coolness is that all elusive form of Western enlightenment. The nothingness monks seek, but for the world of materialism. That transcendental state when you know clinging too tight to something you deem cool will cause it to become uncool. A perpetual state of internal competition.

That’s my personal interpretation. But it’s deeply rooted in coolness theory originally established by Blink and The Tipping Point author Malcolm Gladwell back in 1997. Before publishing these two pop cultural tomes, he was with The New Yorker full time and wrote a piece called The Coolhunt.

In it, Gladwell profiled a couple of marketing executives who were paid to spot trends early. He boiled his theory down to the Three Rules of Cool:

First Rule of Cool is that once you discover cool, cool takes flight.

Second Rule of Cool is that cool can’t just be created by a person or company; cool can only be observed.

Third Rule of Cool is that cool can only be observed by those who are already cool.

Gladwell concluded that these Rules of Cool create:

“…a closed loop, a phenomenon whereby not only can the uncool not see cool, but cool cannot even be adequately described to them. It is not possible to be cool, in other words, unless you are — in some larger sense — already cool, and so the phenomenon that the uncool cannot see and cannot have described to them is also something that they cannot ever attain, because if they did, it would no longer be cool.”

This is something I have kicked around in my head for the nearly eight years since I read it. Not only because I find it hilarious, but also because it’s a universal truth.

To be clear, what Gladwell is talking about is coolness itself. Not being cool.

This is an important distinction, and one that most people don’t get. Most people are after the cool things. The tangible elements of life that they use to define themselves. They hope to be cool by having these things.

The jersey of their favorite player. The new Dr. Dre-produced Game album. And in my case, the camouflage high-top Chuck Taylors.

But that #32 Heat jersey and that hot-off-the-press G-funk won’t make someone cool. Because it’s not the thing, but rather the person that is cool — or uncool.

To illustrate the point, here’s the airport story…

I was flying back to the Bay from New York last week, and saw this dude in JFK wearing a brown velour sweatsuit.

A full sweatsuit. Fitted and shit, like the chicks wear.

A trucker hat. Aviator shades. And some Steve Madden- or Camper-like sneakers. A Tumi roller bag. Sipping a Stella, talking loudly on his cell, distracting a crowd of folks watching the Steelers capitalize on the Jets’ field goal woes.

Now here was a guy who’s all about his stuff. He fit squarely into that “most people” category I just mentioned. Hell, he was the category. Trying so hard, hunting every trend, and outwardly defining himself through his kills at the shopping mall.

You could tell by his phone voice, and the tale of luxury he weaved as he waited with the rest of us cattle for delayed flights. Seeking approval through and through. Competing for it. And truly uncool because of it.

For a fleeting moment, I was ashamed to also be drinking a Stella. But this cut to the root of the whole cool versus uncool debate.

I readily admit that I am out there coolhunting all the time. Finding cool shit is definitely part of who I am. But I’m not seeking approval from anyone. I set my standards, and I compete internally to keep up with those standards; and to balance out with my environment.

It might sound like I am painting myself as a cool person, not just a seeker of cool stuff. If asked, my short answer is yes.

The longer answer can be found by taking a look at what the Patriots did to the Colts that same weekend. Look at everyone from Belichick to Brady to Brucshi.

These guys compete at the absolute highest level known to man, and they are always within themselves and at one with their environments. They do not let approval drive them. They just do their thing. And they are truly cool because of it.

So, there we were. Two guys in an airport, ostensibly on different ends of the coolness spectrum, drinking the same brand of beer. Stella Artois. A pretty cool beer.

And I couldn’t help but wonder if my brief shame about my beer was the act of cool taking flight before my eyes. Just like Gladwell said.

But then I came back to my own theory. All the accoutrements don’t make the dude in the chick’s sweat suit cool. Just like my camo Chucks and my beer don’t make me cooler.

Nevertheless, I’m drinking Guinness this week just to be safe. Thinking about what it all means.

That’s why the coolness topic is cool. It is indeed a closed loop. And you can pontificate forever.

So that’s what I’ll be doing until the weekend. Then I will watch Brady prove to the Steelers that he has, in fact, achieved the western form of enlightenment: Total Coolness.
___
Recommended reading:
The Coolhunt, by Malcolm Gladwell

The Tipping Point, by Malcolm Gladwell