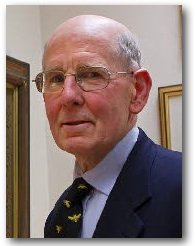 Many underwater homeowners, of course, still are committed to service their financial obligations, or want to stay in their abodes. Some are even doing cash-in refinancing, the reverse of the cash-outs of yesteryear, and contributing money from other sources to reduce their mortgage balances. A total of $1.1 trillion was withdrawn in 2006 and 2007, and at the peak of the housing bubble in 2006, cash-outs ran $80 billion per quarter and accounted for 90% of refinancings. By the fourth quarter of 2010, however, cash-outs dropped to 16% of refinancings and cash-ins jumped to 33%.

Homeowner deleveraging through cash-ins reduces the vulnerability to further house price declines, but they also reduce the funds available for other investments and current spending. So, too, do the higher downpayments lenders are requiring on house purchases, which also freeze out many potential buyers and otherwise discourage home ownership. Regulators are proposing 20% downpayments for high-quality new mortgages underwritten by private lenders, and Wells Fargo, the country’s largest mortgage lender, has suggested 30%.

For these loans, borrowers will also need to maintain 75% loans-to-market value ratios, 75% for refinancings and 70% for cash-out refinancings. Borrowers can’t have missed two consecutive payments on any consumer debt within two years. Mortgage-related debt payments can be no more than 28% of income and total debt service can’t exceed 36% of income. And mortgage loans must be fully amortizing—no interest-only borrowing. According to CoreLogic, 46% of all mortgagors at the end of 2010 had less than 20% equity in their homes.

Mortgages that don’t meet these standards will be subject to 5% retention by the original lender if they are sold to others or securitized. In other words, regulators intend to end the days when subprime mortgages were packaged as securities by the original lender and sold with no further recourse. Buy them, securitize them, sell off the securitized tranches and forget them was the strategy.

In fact, median downpayments on conventional mortgages already were 22% last year in nine major U.S. cities, according to an analysis by Zillow.com, up from 4% in the fourth quarter of 2006. Those cities are Chicago, Stockton, Calif., Las Vegas, Los Angeles, Miami-Fort Lauderdale, Phoenix, San Diego, San Francisco and Tampa. To be sure, private lenders are now making very few mortgages, with most initiated by Government-Sponsored Enterprises (Chart 7). The Federal Housing Administration, which required only 3.5% up front, accounted for 23.4% of residential mortgages last year. In contrast, in 1950, the median downpayment for FHA first mortgages was 35%, for Veterans Administration first mortgages, 8%, and 35% for non-government conventional first mortgages. Underwriting standards have tightened, but are still loose by those earlier standards.

The elimination of home equity for most mortgages will no doubt have severe detrimental effects on consumer sentiment and spending. It also will magnify the mortgage delinquencies and defaults, and severely depress the value of existing mortgages and derivatives backed by them In recent quarters, banks have booked profits as they reduced their reserves against potential loan losses, but that process will be dramatically reversed. And it goes without saying that mortgage lenders and servicers will severely tighten their mortgage underwriting standards with a further 20% drop in house prices. The top 10 mortgage servicers account for the majority of the market and include the nation’s largest banks.

Needless to say, another big decline in house prices almost guarantees another recession because of its financial impact. At the same time, further declines in residential construction won’t matter much to the overall economy. It was 6.3% of GDP at its peak in the fourth quarter of 2005, but plummeted to a mere 2.2% in the first quarter of this year.