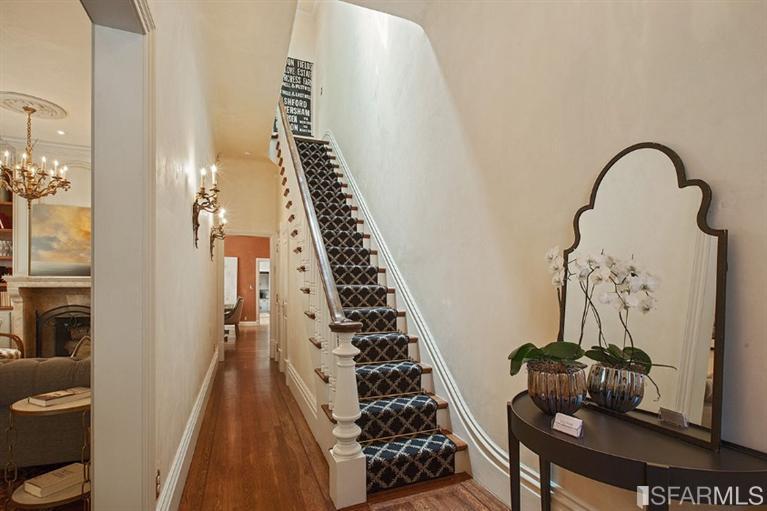 The S&P Case-Shiller Home Price Index for the month of December 2011 was just published. For the “high-tier” price index, which most applies to the city of San Francisco itself, the index showed a tiny tick down – less than 4 tenths of 1 percent . Three things to remember about the Case-Shiller Index:

1) it’s like looking in the rearview mirror – December’s closed sales generally reflect market activity in October and November, i.e. the market 4-5 months ago,

2) It tracks house sales in a 5-county San Francisco “Metro Area”, of which San Francisco’s sales are only a relatively small percentage. So even as our market has begun what appears to be a strong recovery, the general results will be pulled down by the other counties’ market conditions which are not as positive as the city’s. Anyone working in SF real estate brokerage right now, knows that our market is certainly not declining: demand is ferocious right now.

3) Case-Shiller’s high-tier price index is the one that applies to the city best, but it doesn’t apply all that well. Case-Shiller divides all house sales into thirds: low price, mid-price and high price. The low and mid-price segments have been hit with value declines much greater than the high-price segment (See 3rd chart below) because they have been much harder hit by distress sales. For the 5 county San Francisco Metro Area, the top third in December 2011 starts at a sales price of $573,000. But if we divide the city’s house sales of the past 12 months into thirds, its lower third of sales ends at $570,000; the city’s upper third of sales doesn’t begin until $860,000. (And if we took our less affluent southernmost neighborhoods out of the equation, our upper third would start much, much higher than that.)

It should also be noted that tiny changes up and down would certainly be assumed to be within a margin of error by any statistician.

So sadly, for Case-Shiller to be of much use to us, it would have to concentrate on the city’s market conditions alone. Be that as it may here is an overview of the short-term and long-term trends as calculated by Case-Shiller for the 5-County SF Metro Area: 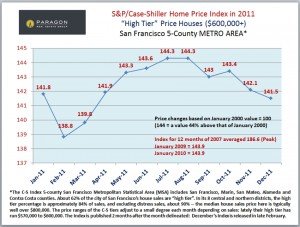 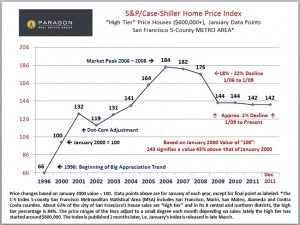