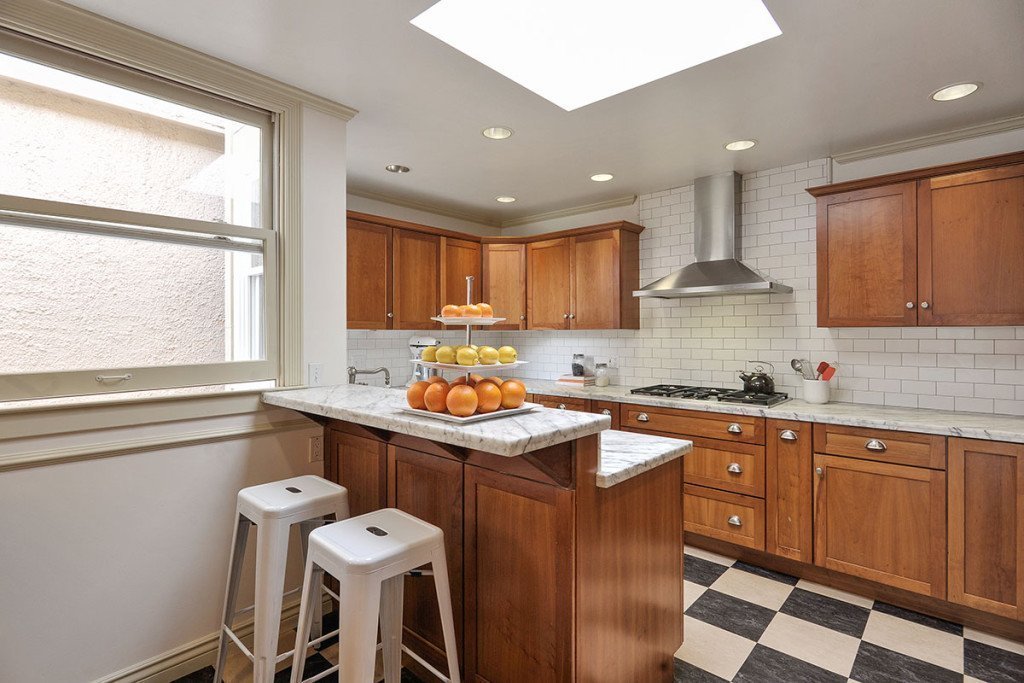 Painted Ladies is a term used for Victorian and Edwardian houses and buildings painted in three or more colors that embellish or enhance their architectural details. The term was first used for San Francisco Victorian houses by writers Elizabeth Pomada and Michael Larsen in their 1978 book Painted Ladies – San Francisco’s Resplendent Victorians.

One of the best-known groups of “Painted Ladies” is the row of Victorian houses at 710–720 Steiner Street, across from Alamo Square park, in San Francisco. It is sometimes known as “Postcard Row.” The houses were built between 1892 and 1896 by developer Matthew Kavanaugh, who lived next door in the 1892 mansion at 722 Steiner Street. This block appears very frequently in media and mass-market photographs of the city and its tourist attractions and have appeared in an estimated 70 movies, TV programs, and ads.